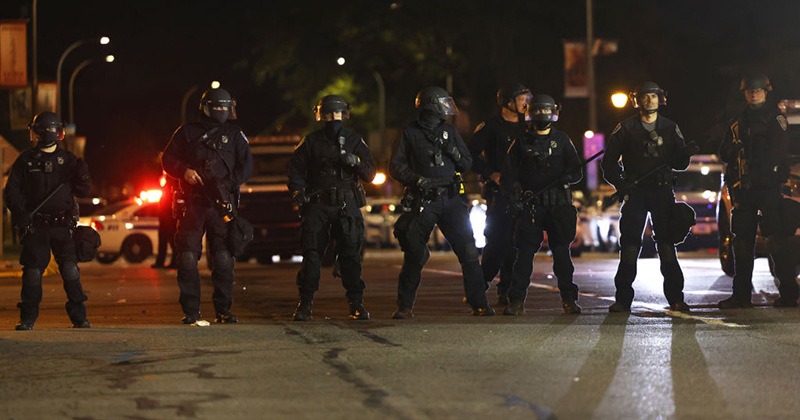 President Trump has weighed in:

Police Chief, and most of the police in Rochester, N.Y., have resigned. The Democrat Mayor and, of courses, Governor Cuomo, have no idea what to do. New York State is a mess – No Money, High Taxes & Crime, Everyone Fleeing. November 3rd. We can fix it!

Speaking via Zoom, Mayor Lovely Warren confirmed the moves, adding “The Chief was not asked to give his resignation.”

When asked who would be in charge of the police department this evening in the event of new protests, Warren said she didn’t know and asked for the briefing to be adjourned so that a replacement could be found. As of Sunday, a total of 37 people had been arrested and eight police officers hospitalized amid the unrest.  -Bloomberg

Singletary came under fire following news of the death of Daniel Prude, a mentally ill black man who died of asphyxiation after police attempted to take him into protective custody in March – two months before the death of George Floyd in Minneapolis, yet the incident didn’t become public until last week, according to the Democrat & Chronicle.

Trump came swinging in his most recent rally speech in North Carolina, reminding us that the current present we see in the street of democratic cities will continue to destroy America and light our country ablaze if Biden wins.

Prude, 41, had been suffering from a mental health episode and was running naked throughout the streets. Once officers caught him, a ‘spit hood’ was placed over his head after he began spitting. He was then held face down on the pavement for just over two minutes, after which he stopped breathing. Prude was pronounced DOA to the hospital from asphyxia.

No successors have been announced.