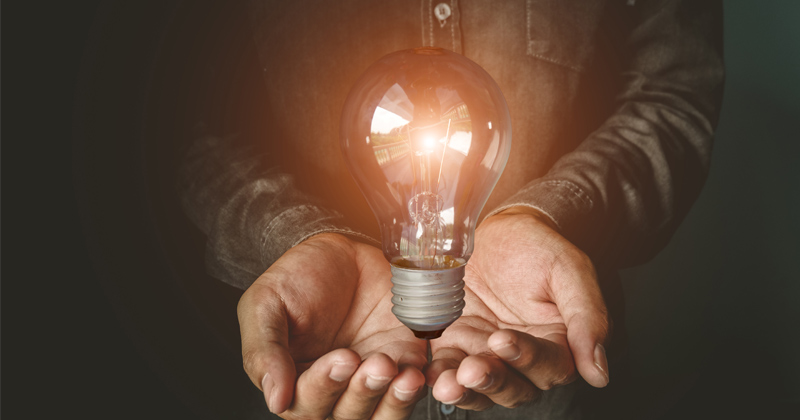 Although there is a proliferation of goods and services brought to markets by entrepreneurially minded producers and investors, this production was preceded by someone or some firm harnessing the power of human capital in order to produce those goods and services.

Unfortunately, this is often ignored and we instead are regularly confronted by arguments against markets and against the value of entrepreneurs. This often involves attacks on the very attitudes that lead to entrepreneurship itself. Over time, these attitudes kill the spirit of entrepreneurship and stymie growth potential. Promoting this “negative human capital” works against the vital consumer-entrepreneur market process. Who will serve the consumer?1 Who will solve uncertainty and facilitate value, which Per Bylund ascribed to the entrepreneurial ethic?2 Negative human capital slows the engine of entrepreneurship and does not cultivate human flourishing. A helpful resource on this is Layman Stone’s “Being Their Own Boss: A Review of American Demography and Entrepreneurship.” In reading this article, I overlaid it with an Austrian economic point of view, looking at the phenomenon from the Kirznerian view that the market as a process is always a determining factor in entrepreneurial activity3 and where real flesh-and-blood people operate and have to make decisions.

In his famous book Wealth, Poverty, and Politics, Thomas Sowell wrote, “Transferring the fruits of human capital is not as fundamental as spreading the human capital itself.”4 Negative human capital is characterized as a nonproductive attitude, nonalertness to market demands, differences toward learning new skill sets, producing value for someone else, the disdain for the mundane knowledge. A simple phrase captures the essence of negative human capital: “Someone else will make it, so I don’t have to” or “If customers do not buy my product or service, my business has failed.” This is one perspective of negative human capital. Another might be cultural impediments toward learning different ideas or skills from other people outside one’s own cultural group, how individuals within a cultural group invest their time toward the replacement or acquisition of a new trade or market discovery, and, generally, one’s willingness to serve the customer. If entrepreneurship is dwindling in terms of growth potential over time, as some have reported, the dwindling factor might be the negative human capital that is diffused through many peoples and cultures. These inherently negative attitudes about human capital that many possess are aimed at, among other things, the values, habits, and skills needed for self-ownership and economic freedom. It is one thing to buy a product or acquire a service, but it’s another altogether to produce it.

The fact of the matter is, these broad factors may not show up in analyses, but they have detrimental effects, producing a negative view of self-ownership and the skills needed to engage in the market, not only for consumption but the imperative of production, as this is how early Americans survived.5 Daily, entrepreneurs encounter inherent market and cultural impediments that act as constraints and that do not show up on models and statistical projections.

A negative attitude about the skills needed for economic freedom reduces the entrepreneurial spirit. These differences in attitudes and habits cannot be measured by a statistical box score analysis but are evident nonetheless in outcomes. Negative human capital is essentially transmitted and carries with it thoughts such as: “If ain’t broke, don’t fix it.” “Someone else will produce it and bring it to market.” There are many reasons why families, cultures, nations, and individuals disdain the acquisition of market human capital while some take advantage of and embrace the acquisition of market-based skills.

Real entrepreneurs must make decisions and judgments about what they can do and what they cannot do to run and operate a business. These are affected by internal and external cultural impediments and attitudes toward changing market circumstances that require investments and flexibility in acquiring or borrowing human capital from others.

Sowell has noted the cultural constraints of negative human capital in terms of skills: “A nation whose population remained illiterate, while literacy became widespread among other nations, will of course benefit from people on par with people in countries where literacy has been the norm for generations, or for centuries.”6

For instance, the Chinese of the sixteenth and seventieth centuries valued skills in time and astrology. Although Western nations had introduced them to the clock, it remained a curious toy at the time.7 In addition to beliefs and values attached to skills and mobility of said skills, human capital is a nation’s most vital asset for successful entrepreneurship and economic vitality. For example, during the sixteenth century, France greatly profited from skilled Italian craftsmen. After the sixteenth century, when the Italian craftsmen had greater mobility and were no longer just tied to French markets, France lost numerous workers who could not readily be replaced.8

Attitudes differ between those who start a business and those who do not. Let’s be honest, some have negative attitudes toward what constitutes work or production at work. Even a person’s career choice is intricately tied to one’s attitude about the investment in or acquisition of human capital and the benefits that can be obtained with it in the market. Those with positive attitudes regarding their self-development and acquired skills invest so that they can reap economic benefits and serve others. These investments consist of learning new things, adapting to different challenges, living through various circumstances, and experiencing life and learning from others.9 Why would entrepreneurship be any different? Negative attitudes toward human capital development are detrimental to the future ranks of entrepreneurship and to economic prosperity.

There are numerous ways to gain human capital that can be rewarded in the marketplace, stemming from experience on the job, hobbies, educational classes, and new learning experiences. Consuming goods and services does not take the place of learning how those goods and services are produced. Entrepreneurship and its advancement are affected by individuals who disdain the notion of commercial and industrial enterprise, self-ownership, private property, and the benefits of freedom of exchange. Surely, if families and social circles provide products and services without investing in tacit learning and seeking economic freedom with that tacit knowledge, there will be increasingly less growth and long-run prosperity for entrepreneurs.

What or who is to blame for negative views of self-ownership? Can we suppose that at the cultural level some are more apt to invest in the knowledge and experience needed to build up one’s human capital advantage, or that in other cultures assets are unable to be realized and opportunities to realize them are sparse? It is amazing how within various cultural groups, there are individuals who, no matter where they go, find market gaps and fill them for the general population of consumers.10 How is it that some persist in production and self-ownership while others do not? It’s simple: there is a negative attitude toward the human capital needed to acquire economic freedom.