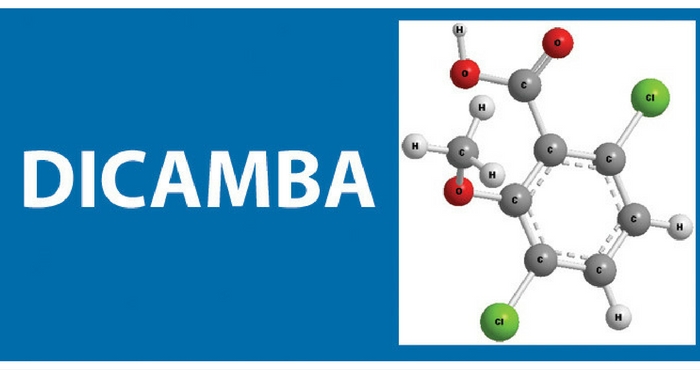 On November 9, the U.S. Environmental Protection Agency (EPA) approved dicamba, a dangerously toxic herbicide designed by Monsanto for its next generation biotech soy and cotton varieties. [1]

The approval means that farmers will be able to use the new Xtendimax with Vapor Grip Technology formulation of dicamba to help control weeds in their crops that have become resistant to glyphosate and PPO (protoporphyrinogen oxidase inhibitors). [2]

Environmental groups are extremely unhappy, as well they should be. Let’s take a look at why dicamba has lovers of the earth deeply concerned.

Registered with the EPA in 1967, dicamba contains 2,4-D, MCPP, and MCPA, all toxic chemicals that were marketed to kill specific, targeted weeds and nuisance pests on farm fields in the U.S.

According to a 2015 Penn State University (PSU) study, dicamba herbicides drift to adjacent farms and fields, where they cause “significant delays in flowering, as well as reduced flowering, of those plants, and results in decreased visitation by honey bees.”

The researchers found that both of the plant species they studied were susceptible to very low concentrations of dicamba. The team said:

“By extension, we expect that other broadleaf plant species are similarly susceptible to this sort of damage from drift-level doses.”

Furthermore, the herbicide was found by the U.S. Department of Agriculture (USDA) to be the “most mobile” of 40 herbicides it evaluated, which indicates it could contaminate groundwater. [3]

It’s the potential for increased pesticide use that has environmental groups especially concerned, because it could harm both plant and animal species, including the whooping crane, according to the Center for Biological Diversity.

Nathan Donley, a scientist with the group, said:

“Once again, the EPA is allowing for staggering increases in pesticide use that will undoubtedly harm our nation’s most imperiled plants and animals.

Iconic species like endangered whooping cranes are known to visit soybean fields, and now they’d be exposed to this toxic herbicide at levels they’ve never seen before.” [1]

Thus far, the EPA has not complied with its obligation to consider impacts to threatened and endangered species under the Endangered Species Act. [1]

Dicamba was in the news over the summer because its illegal use caused extensive crop damagein the Midwest due to drift.

As I wrote in August, Monsanto didn’t care that its product, then simply called “Xtend,” was still awaiting regulatory approval, and the agritech giant began selling its dicamba-resistant soybeans anyway. The Xtend version was not designed not to drift, so it wound up seriously damaging neighboring farm fields.

To try and combat these problems, the EPA approved the use of the new Xtendimax product with the following restrictions:

Why Congressional “Oversight” of the Bureaucracy Is No Such Thing