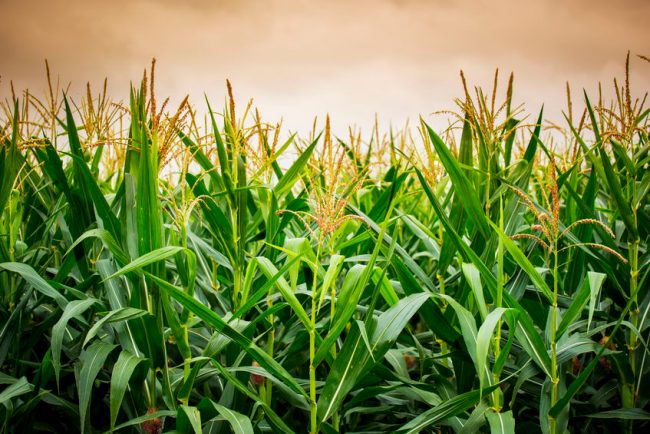 The insecticide DvSnf7 dsRNA is not sprayed on crops. Instead, instructions for manufacturing it in the DNA of the crop itself must be encoded in crops. The plants’ self-made DvSnf7 dsRNA disrupts a crucial gene in western corn rootworms – a major threat to corn – and kills the pests.

All that’s left after that is RNA interference, or RNAi, and the EPA approved this final step in making corn rootworm-resistant in mid-June 2017. RNAi was the source of both hype and controversy just a few years ago, The Atlantic reports. But the EPA so quietly approved the technology that the media and environmental groups barely noticed.

The first DvSnf7 dsRNA product will be used in SmartStax Pro genetically modified corn seeds made in collaboration between the world’s top agrotech giants, Monsanto and Dow. Monsanto will supply the RNAi technology, and it already has its eye on several RNAi applications. The company expects corn seed with RNAi to be on the market by the end of this decade.

The western corn rootworm is known as the “billion dollar pest” because of the damage it wreaks on cornfields. The insect keeps becoming resistant to the other insecticides that farmers use against it – including the kind you spray on crops and corn genetically modified to product Bt toxin, another technology commercialized by Monsanto.

The SmartStax Pro corn will contain both Bt toxin and DvSnf7 dsRNA.

RNAi works by “turning off” 1 specific gene in 1 specific species by leaving other crops unharmed, at least theoretically. In nature, plants and animals use this process to “silence” their own genes. The technology has already been used to create genetically modified apples and potatoes that don’t brown. (The apples, called Arctic Apples, are expected to reach supermarkets in the U.S. by the end of 2017.)

However, with Monsanto and Dow’s GMO corn, the DvSnf7 dsRNA silences a gene in another living organism, in this case the western corn rootworm. It modifies its environment, rather than itself.

Groups like the Center for Food Safety, who vocally opposed the RNAi-made apples and potatoes, said they were a bit stunned by the EPA’s approval. The agency only allowed a 15-day comment period, instead of the traditional 30 days, and it did not post its proposed decision in the Federal Register. It’s not the first time the EPA has done that, but Bill Freese, CFS’ science policy analyst, says the unparalleled use of RNAi as insecticide should have warranted more public scrutiny.

Freese – who has received funding from Monsanto to study the western corn rootworm – has reason to be concerned. A scientific paper published in 2011 questions the safety of DvSnf7 dsRNA, after Chinese scientists found that people eating genetically modified rice had naturally occurring RNA molecules in their bloodstream. It should be noted, however, that scientists have struggled to replicate the study’s findings, and the report received much criticism.

Freese told The Atlantic that the real problem goes beyond RNAi itself. He explained:

“There’s faddish interest in the latest technology. It often neglects the basic issues of the unhealthy practices used in planting corn.”

For example, rotating crops versus planting corn multiple years in a row in the same field can make a dent in the western corn rootworm problem.

“We need to treat these things carefully because we really can’t just afford to throw them away.”