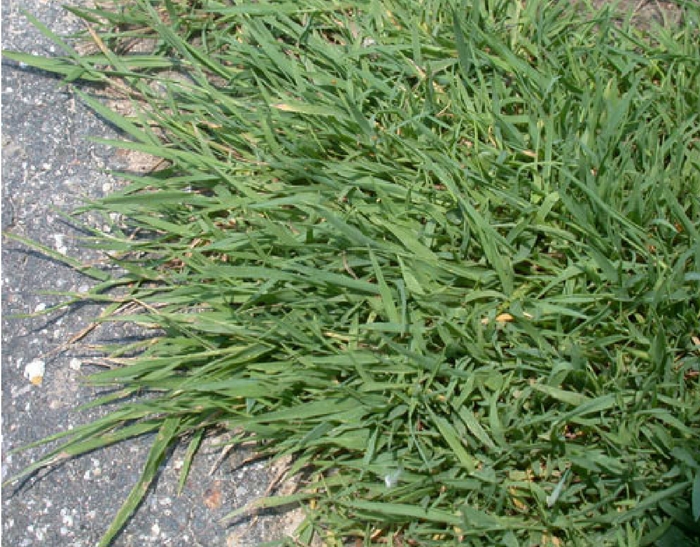 The EPA released a final environmental impact statement on December 7 giving the green light to creeping bentgrass, a highly invasive type of grass genetically engineered by Monsanto and Scotts Miracle Gro-Co. to withstand what would normally be a lethal dose of glyphosate. [1]

The agency recommended the deregulation of the plant because it “is unlikely to pose a plant pest risk.” Nothing could be further from the truth, based on past experience. [2]

Read: New GMO-Approved Grass May Infiltrate a Lawn Near You

The grass was developed by the companies primarily for use on golf courses, but in the past, bentgrass has escaped from “controlled” plots and invaded irrigation ditches, river banks, and the Crooked River National Grassland in Oregon. It crowds out native plants and the wildlife which depends on them, according to the Center for Food Safety (CFS). [1]

CFS said that Monsanto and Scotts have spent more than 10 years and millions of dollars trying to exterminate bentgrass escapes, but have been unsuccessful. Despite this, the USDA seems poised to grant the industry’s request that the department relinquish any authority over the genetically modified grass.

So far, the GE bentgrass has illegally contaminated at least 3 counties, and its ultralight seeds and pollen have been impossible to eradicate, CFS said. In fact, GE creeping bentgrass was declared a noxious weed in Oregon’s Malheur County in 2016.

George Kimbrell, a senior attorney for CFS, said in a press release:

“USDA’s approval of this genetically engineered grass is as dangerous as it is unlawful. The agency is giving Monsanto and Scotts a free pass for the harm their product has already caused farmers and the environment, and is irresponsibly gambling future harm on nothing more than their empty promises.”

Jerry Erstrom, farmer and chairman of the Malheur County weed board, said:

“It just tears me up to think about the environmental and economic havoc this grass could wreak upon our community. The USDA has ignored the concerns of farmers in the areas affected by the existing contamination. I just can’t believe that they will turn this loose and let Scotts and Monsanto walk away from what they did here.”

Sid Abel, assistant deputy director of USDA’s Biotechnology Regulatory Services, said that the EPA has only recommended deregulating GE creeping bentgrass – the USDA has not yet made a final decision, as Kimbrell and Erstrom implied in CFS’ press release. There will be a 30-day public viewing period, after which the secretary of agriculture will make a final determination. [2]

But Kimbrell said the 30-day public viewing period is just a formality; the USDA will deregulate the bentgrass. He explained:

“It’s called a final EIS [Environmental Impact Statement] because it’s final. For all intents and purposes, the decision was made yesterday. That’s not going to change.”

Last October, Scotts reached a decade-long agreement with the USDA that critics say allows the company to essentially walk away from any responsibility for controlling the plant in a few years. As part of the agreement, Monsanto and Scotts agreed not to commercialize or further propagate the GMO in the future.