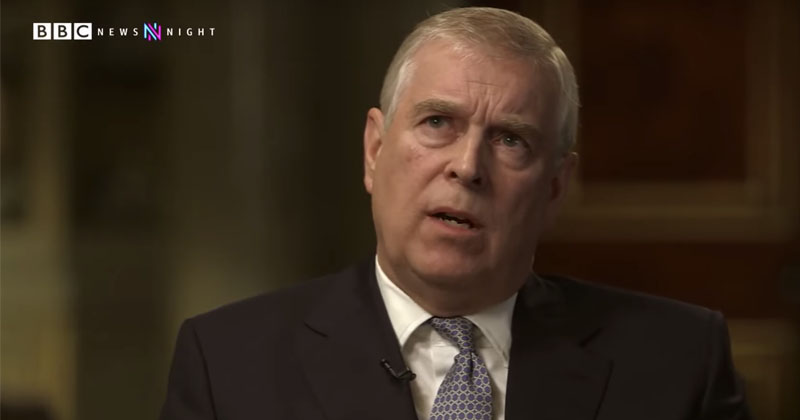 It’s the first time a source purported to have been close to the late paedophile has given an account of what happened during Andrew’s alleged stay at Jeffrey Epstein’s opulent Manhattan estate. If true, the claims would undermine the Duke’s account of the six-day trip to the BBC.

Paedophile Jeffrey Epstein arranged for three young women to meet Prince Andrew at his infamous New York mansion, an unnamed former model who was allegedly part of the billionaire’s orbit claimed in an interview with the Daily Mail on Sunday.

The Duke’s press service hasn’t yet addressed the claims.

Despite the perpetual flow of guests coming and going at the property, the model claims that Epstein rarely invited friends to stay at his house for long, but Andrew was an exception because he was “a prince”, a VIP figure in the multi-floor estate.

The Duke would reportedly stay in a room decorated like a royal residence on the third floor and nicknamed Room Brittanica, the model claimed.

The women, understood to all have been in their early 20s, were reportedly told to “dress up beautifully” for meetings with the Duke of York. This allegedly served as a huge promotion for the place, and at least two such meetings occurred during Andrew’s infamous stay at the mansion in December 2010, the source claimed.

Epstein desperately needed such a massive promotional tool, according to the woman, to rebuild his mired reputation after the first sexual abuse conviction in 2008, when he served part of his term, around 13 months, in jail.

To bait the young girls, the tycoon is reported to have falsely promised them that they would certainly be “rewarded” with a “bright career future, powerful, connections and money” for meeting the Duke.

One of the three women named by the insider was Latvian-born model Lana Zakocela, who has worked for Victoria’s Secret, the company owned by Epstein’s only known financial client, Les Wexner. Zakocela admitted visiting the place more than once as a usual part of her work, but noted she didn’t know if Andrew was at the mansion at the time, stressing Epstein had never done her any harm. The Mail on Sunday has agreed not to name the other two young women, who were reportedly invited to see the prince at Epstein’s.

In his disastrous Newsnight interview last year, Andrew insisted that the “sole purpose” of the visit was to cut ties with Epstein. Many wondered, however, why he needed to stay at the mansion at all and why he stayed for so long there, something that he couldn’t fully explain.

The British newspaper’s recent comments notably contradict Andrew’s account of events and what caused his extended stay at Epstein’s – the episode that has plagued his status and career as a senior royal.

The source’s account comes after March reports citing an explosive book by US lawyer Bradley Edwards, who has represented a number of Epstein’s alleged victims, including Prince Andrew’s accuser Virginia Roberts.

Edwards claimed that US prosecutors had “conspired” with Epstein’s lawyers to conceal the true scale of the paedophile’s criminal actions. Andrew has been accused of sleeping with the underaged Miss Roberts, allegations he has ardently denied.

John McCain’s widow offered telling insight into the culture of the elite.