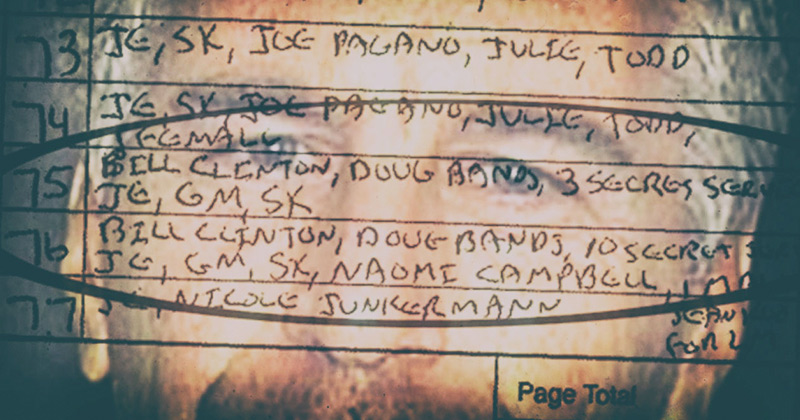 An elite sex trafficking network has been exposed and it is only a matter of time before the high profile names of powerful perverts are laid bare for all to see.

Under the Bush administration and into the Obama administration, Epstein’s list of crimes was downplayed and immunized, all for the sake of those connected to his circle of debauchery.

The gloves are now officially off, as a closer look is taken by President Trump’s Department of Justice into a stench of depravity wafting from the hidden halls of power and immorality.

Epstein Document Release Could Change Everything

Meanwhile, Epstein was arrested by the FBI-NYPD Crimes Against Children Task Force at Teterboro Airport in New Jersey after flying in from Paris as President Trump attended his annual golfing excursion at his Bedminster Golf Course, just 44 miles away from where Epstein was apprehended.

Epstein is now facing a maximum of 45 years in prison.

At the heart of the revelations is the unsealing of a 2,000 page document fully detailing a global trafficking network that had been hidden from the public.

As the Sun reported, “Records in the defamation case contained descriptions of sexual abuse by Epstein along with new allegations of sexual abuse by ‘numerous prominent American politicians, powerful business executives, foreign presidents, a well-known prime minister and other world leaders.’ Female scouts allegedly searched for girls globally and near the Epstein residences in New York City, Santa Fe New Mexico, and Epstein’s private Caribbean Island that were in the words of one of the accusers ‘basically homeless.'”