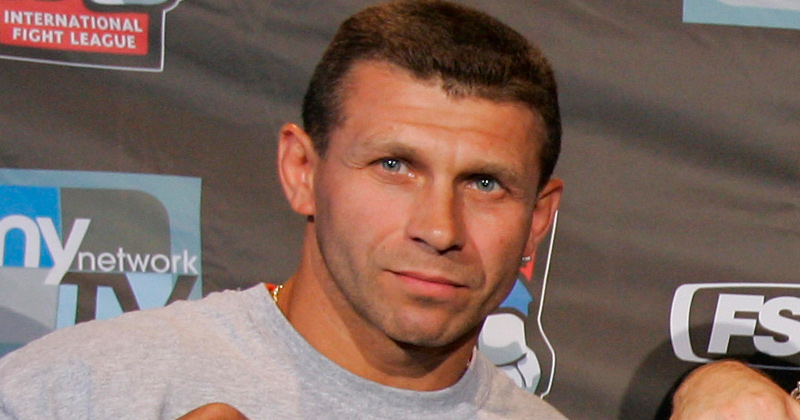 Jeffrey Epstein’s longtime bodyguard, Igor Zinoviev, cut an interview short when he was asked about previous comments he’d given four years ago, describing the billionaire hedge fund manager hanging out with teenage girls and receiving special treatment from police.

In an interview Monday, Zinoviev, a former MMA fighter who also served as Epstein’s driver and personal trainer, told New York Magazine he didn’t recall responses he’d given in a previous interview four years ago, in which he discussed the billionaire pedophile’s attraction to teenage girls, local police corruption and being insulted and humiliated by him.

NY Intelligencer writer M.L. Nestel, who had previously interviewed Zinoviev in 2015 for The Daily Beast, says he noticed this time the bodyguard, whose native language is not English, seemed very nervous.

“To be honest, I didn’t expect that he’d try to back away from the assertions he made in our original interview — but he did,” Nestel wrote. “He also seemed, it is safe to say, quite nervous about saying anything at all.”

In one instance, Zinoviev backpedalled to say he didn’t recall mentioning Epstein hanging out with teenage girls.

Nestel: In our conversation in 2015, you described his relationship with teenage girlfriends: “So many time I tried to stop him. I try to tell tell him my opinion about that. He don’t listen to me. That’s the reason why I’m not working for him no more. I make him do that — to let me go.” Do you remember saying that?

Plenty of times when I work for him I never see anything unproper or teenage girls around him.

That’s what I say.

Zinoviev: All what I say he has always been with girlfriends and there was a couple girls — I don’t remember their names. She was 25 and worked for him as assistant. Maybe 25 or 23 — whatever, I don’t know the age.

Nestel: Okay. But you definitely told me that last time we talked.

Zinoviev: No, no. It’s not that. He working like work-release on other stuff. And I just tell him, you know, he would order his girlfriends around, and I told him, “Calm down.” It’s not just teenage girls.

In another portion of the interview, Zinoviev says he believes Epstein had “help” committing suicide, but refuses to elaborate further, while adding he felt nothing after learning of his death.

Nestel: It was four years ago. You may not remember what you told me. I kept very good notes of what you and I said. It must come across as very harsh. But it’s the truth. I’m happy to understand a little better. He’s not alive. You don’t have anything to be afraid of anymore.

Zinoviev: I’m not afraid. Beyond that just he is dead. I don’t want anything to be uncorrect. There’s too much shit in here, you know, already. He’s dead and just like, freaking people, just leave him alone.

Nestel: Hold on. When did you find out he died?

Zinoviev: Saturday or Sunday or whenever.

Nestel: What did you think when you found that out?

Zinoviev: What did I think?

Zinoviev: Are you sure you want to hear what I am going to think?

Zinoviev: Somebody helped him to do that.

Nestel: You think somebody helped him kill himself?

Zinoviev: Listen, you know, that’s going a little too deep.

Nestel: I mean, I’m just trying to understand that maybe you’d be happy he was dead or you would be upset. I don’t know. Are you even feeling anything?

Zinoviev: I’m not sad. I mean, I didn’t have anything against him, like a bad thing, you know? I don’t care about his life completely. I don’t give a, let’s say, like, crap about how he die, how he live, or how he’s managed.

Nestel next pressed the bodyguard on a previous statement in which he seemed to imply someone within the local police department would tip off Epstein prior to home visits, at which point Zinoviev grows incredibly uncomfortable, tells the reporter not to “put [himself] in trouble,” and abruptly ends the interview.

Zinoviev: Listen, what you say is between you and me —

Nestel: You told me he would get phone calls the night before and eight o’clock the police are going to come. He would get a heads up from local police.

Nestel: You told me that, Igor. Want me to read the quote?

Zinoviev: Well, you can read whatever you want right now. Don’t just — you can put yourself in big trouble.

Nestel: You said: “He always do something wrong. There was some nights in question. There was at home arrest and police, before they come to the house, they call him and tell him they coming in at eight o’clock in the morning. It’s all corruption you know. It’s all bullshit.”

Nestel: We talked about this.

Zinoviev: I understand we got this.

Nestel: I’m telling you to give you a chance to remember because we talked about this stuff. I know it’s hard. I don’t know what you mean about “put myself in trouble.”

Nestel: Why is it so important? Are you worried about the local cops?

Nestel: What do you mean by that?

Nestel: You said that last time. And we didn’t talk for years. You can tell the world who this guy was. You were with him for a long time. You know what I mean?

Nestel: I totally understand that you think he could have had help committing suicide.

Zinoviev: First of all, I have to go right now. I have another client.

Zinoviev: Yes. But just be careful. I’m not kidding.

Nestel: What’s your email so I can send you —

Zinoviev: Don’t do any kind of that stuff. Just don’t play it. Seriously.

Nestel: Can you tell me why?

Nestel: May I ask you one more question?

Nestel: Have you been talking to anyone in the government, the FBI? Have they come to you?