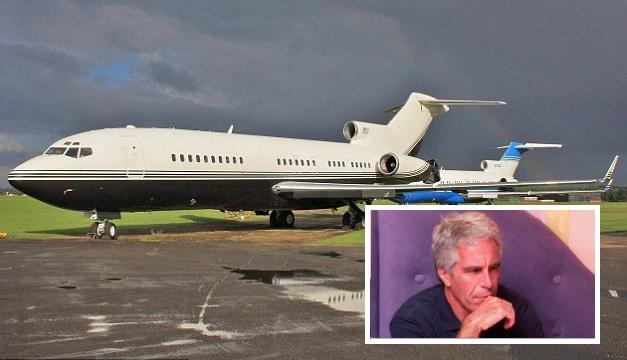 Jeffrey Epstein’s longtime personal pilots have been subpoenaed by federal prosecutors in Manhattan, according to the Wall Street Journal. The grand jury subpoenaes were served earlier this month following Epstein’s July 6 arrest at Teterboro Airport in New Jersey on charges of sex-trafficking minors. He has pleaded not guilty to the yearslong scheme in which prosecutors allege the wealthy financier sexually abused dozens of young girls from 2002 to 2005, some of whom recruited other victims.

It is unknown how many of Epstein’s pilots were subpoenaed, or whether they are cooperating witnesses. According to court documents from prior cases, Epstein employed David Rodgers, Larry Visoski, Larry Morrison and Bill Hammond as pilots and flight engineers. Rogers, Visoski and Morrison have previously testified in civil depositions.

Testimony from the pilots could be used by federal investigators in their efforts to corroborate accounts from Mr. Epstein’s accusers. They could also provide detail on Mr. Epstein’s travels and his associates. Some of the pilots were responsible for keeping flight logs of passengers who flew on Mr. Epstein’s private jet, according to court filings. –Wall Street Journal

While prosecutors claimed that Epstein owns two private jets, the registered sex offender’s attorneys said in a court filing earlier this month that he owns one private jet, and “sold the other jet in June 2019.” Considering that he was arrested after returning from Paris in his Gulfstream G550, per Bloomberg, it suggests that Epstein sold his infamous and evidence-rich Boeing 272-200 known as the “Lolita Express” weeks before his arrest.

Women in civil lawsuits have accused Mr. Epstein of conspiring with his pilots and other associates from at least 1998 to 2002 to facilitate sex abuse and avoid law-enforcement detection. One woman has said in court filings that when she was a minor in 2000, Mr. Epstein transported her regularly on his private jet to be sexually exploited by his associates and friends. –Wall Street Journal

According to flight logs, former President Bill Clinton flew on the “Lolita Express” a total of 27 times. “Many of those times Clinton had his Secret Service with him and many times he did not,” according to investigative journalist Conchita Sarnoff – who first revealed the former president’s extensive flights on Epstein’s “lolita express” in a 2010 Daily Beast exposé.

Clinton claimed in a statement earlier this month that he only took “a total of four trips on Jeffrey Epstein’s airplane” in 2002 and 2003, and that Secret Service accompanied him at all times – which Sarnoff told Fox News was a total lie.

“I know from the pilot logs and these are pilot logs that you know were written by different pilots and at different times that Clinton went, he was a guest of Epstein’s 27 times,” said Sarnoff.

Other famous guests include actor Kevin Spacey and Chris Tucker, who flew with Clinton to Africa to tour HIV/AIDS project sites, according to New York Magazine in 2002, which notes how much Epstein revered the former president.

Lawyers for some of Epstein’s accusers alleged in a 2015 court filing that flight logs provided by Epstein pilot Rodgers were incomplete, and that they will corroborate their accusations of being trafficked by Epstein and his associates when they were underage.

“It would not be surprising to find that some of these flight logs…were likely designed to hide evidence of criminal activity—or perhaps later cleansed of such evidence,” wrote the lawyers.

Investigators may be interested in asking Mr. Epstein’s pilots whether they witnessed any efforts by Mr. Epstein to interfere with law enforcement, according to legal experts. In recent court filings, prosecutors have accused Mr. Epstein of tampering with witnesses, an allegation that Mr. Epstein’s lawyers denied in court.

Federal prosecutors in Miami and Mr. Epstein’s lawyers in 2007 negotiated over the possibility of Mr. Epstein pleading guilty to obstruction of justice, including for an incident involving one of his pilots, according to emails that became public in civil lawsuits. –Wall Street Journal

Interestingly, prosecutors confirmed that there are “uncharged individuals” in Epstein’s case. Aside from his close associate and Clinton pal Ghislaine Maxwell – his ‘madam,’ could the pilots be on that list?”

Epstein case update – the Govt confirms the Epstein investigation involves other people not yet charged.

“certain documents and materials that . . . would impede, if prematurely disclosed, the Govt’s ongoing investigation of uncharged individuals.” pic.twitter.com/TOiWqicxUB