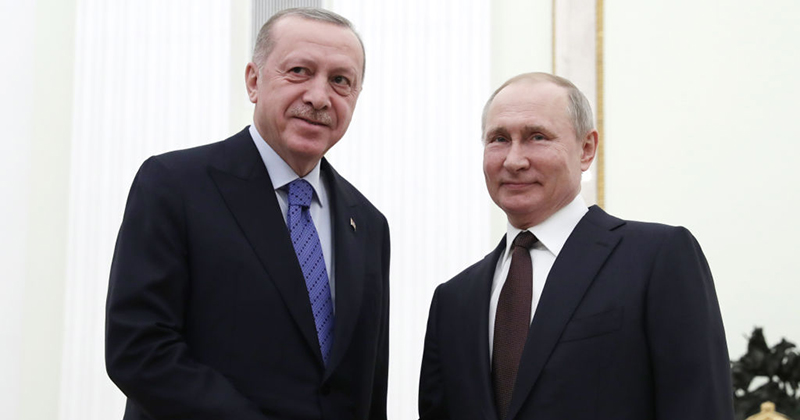 Turkish President Recep Tayyip Erdogan thought that by sending tens of thousands of “crying refugees” to invade Greece Europeans would cave and throw open their borders as happened in 2015 — instead he ran into the army of Sparta.

Picture last night of Greek military posing with a Greek flag at the borders in #Evros in #Greece, protecting their borders with proud. pic.twitter.com/Gq8BnB8Bba

Local Greek residents have formed vigilante groups that help the border guards, police & army to catch groups of migrants that have managed to cross the border

The hand them over to the border guards who then push them back over the border to "no man's land"#GreeceUnderAttack pic.twitter.com/6Ji2vBmiaL

Greek military patrolling in the night along the Greek-Turkish border.

God bless you boys. You are protecting not just #Greece but all of Europe.

We must send them substantial help as soon as possible!#GreeceUnderAttack#IstandWithGreece pic.twitter.com/Pj9UMQKEvr

Rather than submit to this latest mass invasion, Greeks rose up against their own government and fought off their own police to stop new refugee centers from being built on their once pristine islands.

Local residents are fighting the riot police reinforcements sent from Athens to the islands of #Lesbos and #Chios were the government is building new massive migrant centers to house the tens of thousands of migrants that arrive to Greece from Turkey.

The locals have had enough! pic.twitter.com/rJpifwVjnp

Before retreating to their boat, they smashed up the locals' cars in revenge#MediaSilence pic.twitter.com/vXqnFRKMiD

Weeks before Turkish President Erdogan’s attempt to blackmail NATO with a migrant invasion, Hungary’s Prime Minister Orban said an invasion was coming sponsored by NGO’s. Will the new wave break up the EU?

The Greek government quickly caved and threw their support behind their own people demanding an end to the invasion.

Seeing Erdogan’s transparent ploy for what it was, the EU for once decided to do the right thing and stand with Greece against weaponized migration.

European Union officials visited Greece to see for themselves the migrant tensions building on its frontier with Turkey and pledged millions of euros in aid while calling for order after sporadic violence over the weekend.

“Greek authorities are facing a very difficult task in containing the situation,” European Commission President Ursula von der Leyen told reporters during a press conference near the Kastanies crossing on Tuesday. “This border is not only a Greek border, but it is also a European border and I stand here today as a European at your side.”

The situation at our border is not only #Greece’s issue to manage.
It is the responsibility of Europe as a whole.
And we will manage it in an orderly way, with unity, solidarity and determination. pic.twitter.com/FYIwvu6y0W

She said Greece would be able to access as much as 700 million euros ($780 million) to help manage the situation and that Frontex, the EU border protection force, was preparing to deploy a “Rapid Intervention Team,” comprising ships, helicopters and guards. Earlier, Greek Prime Minister Kyriakos Mitsotakis took the EU delegation on a helicopter ride to survey the border.

Erdogan took these refugees in thinking they would provide him a solid voting block (much as Democrats do in the US) but instead they voted against him and destabilized Turkey the same way they’ve destabilized Europe.

Now, he’s desperate to kick them all out.

The sight of desperate people gathered at the frontier sent a shudder through the EU leadership, stirring memories of the migration crisis of 2015 that fueled support for right-wing populists across the continent.

This time around though, the reality is very different, at least so far. Some people were bused down, others paid for their own journeys, and most of them aren’t Syrians at all, but nationals of several countries who’ve been struggling to carve out new lives in Turkey.

Most weren’t Syrians then, either.

All have found Greek officials barring their path onward into the EU. About 26,500 people have been stopped from entering, according to the Greek authorities. Some are now stuck in the no man’s land between the two borders. Others returned to the Turkish cities they came from once they realized the Greek side was sealed. About 200 people have been arrested by the Greek police.

This is a complete disaster for Erdogan.

Turkish police threaten migrants with a gun and beats them in order to force them out of a bus and across the border to #Greece.

The Turkish police says "you will go, the military will take you across the border".#GreeceUnderAttack#IstandWithGreece#WeaponizedMigration pic.twitter.com/Q1Oviw3Gyi

Erdogan-loyal extremist groups chase and beat up migrants in the streets of the Turkish city of #Marash.

The want to send a signal that the migrants can't stay in Turkey but have to get on the road and make the journey to #Greece & Europe.#GreeceUnderAttack#IstandWithGreece pic.twitter.com/HW7011Ns80

It's the 4th straight day that Turkish extremist youth groups supporting #Erdogan are hunting for migrants in the streets, beating them up severly and vandalizing their homes & shops.

In doing so, they want to force them to make the journey to Greece & Europe#GreeceUnderAttack pic.twitter.com/zJqFm2qNno

Count the women and children among the migrants at the Greek border.

They look very friendly, they’ll take care of us when we’re older pic.twitter.com/XhSmT1prlZ

The EU correctly recognizes this is an attack on all of Europe.

Migrants shouting to Greek border guards "we aren't interested in staying in your country, we just consider it a bridge so that we can reach all other EU countries"

If all EU member states won't send substantial help to #Greece, this is what will happen. The migrants will come pic.twitter.com/Vx6JACyvGZ

Turks are building fences to prevent immigrants to return to Turkish territory.

EU MUST impose sanctions to Turkey NOW, this is getting out of hand.#Greece_under_attacκ #GreeceDefendsEurope#IStandWithGreece pic.twitter.com/cFWSrXtxEe

Greek Government Spokesperson @SteliosPetsas: The Turkish side creates and disperses fake news targeted against Greece. Today they created yet another such falsehood, with injured migrants and one dead supposedly by Greek fire. I categorically deny it. pic.twitter.com/ApHxJGTPEr

The jig is up!

PARLIAMENT BRAWL: A fistfight broke out in Turkish parliament after an opposition lawmaker criticized the president over Syria policy; clashes between Turkish and Russian-backed Syrian troops have escalated ahead of a Turkey-Russia summit later this week. https://t.co/zPc7E6CtMY pic.twitter.com/i84G8M3vt0