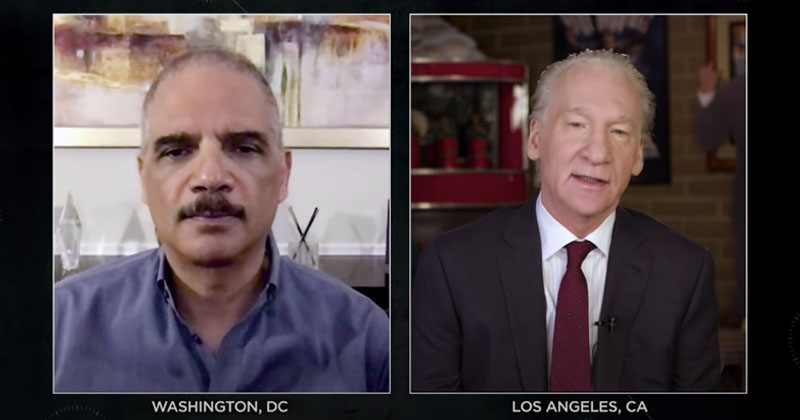 “It’s interesting the people who are trying to fan this thing are the very people who support Donald Trump, and of course, who say nothing about the allegations that have been raised, I think very credibly, against Trump over a long period of time,” Holder said.

Eric Holder is asked about the #Biden allegations on Real Time pic.twitter.com/EoaVSO0J5b

“I mean, all of these allegations have to be taken seriously,” he added. “People who raise them should be treated sensitively.”

Holder then said that the accusations are “inconsistent” with the Biden he’s known for over 20 years.

“What has been described is inconsistent with the person who I’ve come to know and I’ve worked with,” Holder said. “I think the media is doing a correct job looking into the allegations, finding out a variety of things. The vice president has denied that it actually did occur. And as I said, his denial is consistent with the Joe Biden that I know.”

Users on social media were quick to point out that Reade, who accused Biden of sexual assault in 1993 when she worked for him when he was a Delaware senator, is a lifelong Democrat who came forward with her allegations on a liberal podcast.

The allegations came on a liberal podcast and were reported on more at a liberal website.

Well other than the fact that the accuser is a lifelong Democrat & that one of the people who corroborate her story is a lifelong Dem who intends to vote for Biden regardless, Mr. Holder is exactly right. 🙄 https://t.co/SvlQviZpP4

Tara Reade is a lifelong Democrat.
Katie Halper who broke Reade’s sexual assault allegation on her podcast is national director of Living Liberally.
Lynda LaCasse, who was Reade’s neighbor in the 90s, is an avid Biden supporter.
Lorraine Sanchez, was Democrat legislative staffer.

Notably, Holder had a different attitude in 2018 when Supreme Court Justice Brett Kavanaugh was accused of a sexually assaulting Christine Blasey-Ford despite her presenting virtually no evidence to support her claim.

Owen Shroyer and Harrison Smith comment on the awkward interview between Joe Biden and Mika Brzezinski.