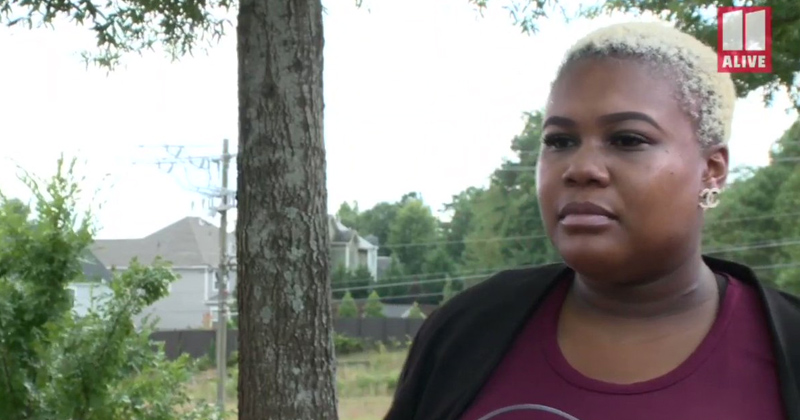 A witness at the Publix supermarket where State Rep. Erica Thomas (D-Ga.) claims she experienced racism says she heard Thomas use the words “Go back where you came from,” but did not hear those words stated by the man Thomas is accusing.

A brief re-cap: Last week, Georgia lawmaker Erica Thomas filmed a video after claiming she was involved in a racist supermarket dispute at the Publix 10-item-or-less checkout line where she was confronted by shopper Eric Sparkes. Thomas says Sparkes allegedly told her to “Go back where you came from,” but she later retracted that claim, saying he said something along those lines.

Now a witness working at the store has told the Cobb County police the exact opposite happened – that she instead heard Thomas telling Sparkes to “Go back where you came from!” according to the Atlanta Journal-Constitution.

“A Publix employee told a Cobb County officer that she witnessed part of the conversation and heard Thomas ‘continuously tell Eric Sparkes to “Go back where you came from!”’ but did not hear Sparkes utter those words to Thomas,” the Journal-Constitution reported Tuesday.

Sparkes admits he did indeed use profanity when confronting Thomas, calling her a “selfish little (expletive)” after she brought too many items into the express lane, but has denied telling her to “go back,” asserting he identifies as a Democrat also happens to be Hispanic.

In her initial video, which sparked the controversy, Thomas claimed she was confronted by a racist white man who used language similar to that used by President Trump in a recent tweet.

(And here's that initial video in question, from Erica Thomas, that helped kickstart this whole situation to begin with.) pic.twitter.com/uLzkTYLEgl

“This white man comes up to me and says, ‘You lazy son of (expletive). You need to go back where you came from,’” Thomas claimed, as she cried. “Sir, you don’t even know me. I’m not lazy. I’m nine months pregnant.”

Thomas later walked back those statements in an interview with local media: “He said, you know, ‘Go back,’ those types of words. I don’t wanna say he said, ‘Go back to your country,’ or ‘Go back to where you came from,’ but he was making those types of references.”

In the same interview she admitted she told Sparkes to “go back.”

Why aren't more people talking about the fact that Erica Thomas actually told HIM to go back!? She admits she told a Cuban man to "go back"… smh pic.twitter.com/DLYRtCChPR

Sparkes, who is of Cuban descent, has maintained Thomas was lying from the start and that he never told her to “Go back.”

“Her words stating on Twitter, and her video, stating I told her she needs to go back where she came from are untrue,” he said.

The incident has resurrected raw sentiments surrounding the Chicago hate hoax perpetrated by Empire actor Jussie Smollett, of whom Thomas was evidently a big fan.

Erica Thomas being a big fan of Jussie Smollett explains EVERYTHING. https://t.co/UMMrPY5P3V pic.twitter.com/KRdUV3DUlt

Police are not expected to file charges against either party.