Egalitarian ethics are pervasive in our society, despite a multitude of logical problems.

So popular is the idea that an inequality of wealth is a problem, that politicians such as Bernie Sanders have — ironically and hypocritically — become millionaires by appealing to these ideas. The phrases “income gap” and “wealth distribution” have gained wide currency in political parlance.

The notion that differences in wealth are inherently problematic is laughably easy to refute. If one person earns $20,000 a year, and another person earns $50,000 a year, they have an “income gap” of $30,000. Should both of their incomes double, their new income gap would be $60,000. Instead of celebrating the fact that both people are economically better off, the media will run headlines about the “growing income gap.”

Even John Rawls, the egalitarian par excellence added his famous proviso (which is to say, in this case, a philosophical inconsistency) that allowed non-egalitarian outcomes in cases where the poor are made better off, but his ethics still suggest that making the rich less wealthy would be a moral good even if nobody is made better off in the process. Most egalitarians (including Rawls, in another proviso) are inherently nationalistic as well, concerning themselves only with the “poor” in the United States — despite their being among the richest people globally. Even Bernie Sanders rejected policies that might lift the world’s poor out of poverty at the expense of the far-less-poor in the United States.

Even for those egalitarians who do care about the global poor, many objections to market reforms — if you can believe the absurdity of the argument — is that they would help the “most able” poor more than the “less able” poor. This is the objection to the efforts by Peruvian economist Hernando de Soto to help the poor gain legal titles to the land they have occupied for generations. Similar criticisms have been levied against Muhammad Yunus’s strategy of providing microloans to the working poor in Third World countries. Yunus started by providing small loans out of his own pocket to Bangladeshi women who made bamboo furniture for a living. His critics have complained that only the “more talented” women have the ability to run their own business and become financially independent.1

In the toxic philosophy of egalitarianism, it is literally considered better for all of the poor to remain destitute than for only some of the poor to become better off. The dangers of such a philosophy were demonstrated with Vladimir’s Lenin’s introduction of the kulaki — a term to describe the “bourgeois” peasants who were mildly better off than the rest of Russia’s poor. This division between the extremely poor and slightly less poor was the basis for the Soviet war against the peasantry, in which millions of rural Russians were murdered or shipped off to forced-labor camps.

The bifurcation between the rich and the poor is often described as a difference between the “haves” and “have nots.” The alleged evil of wealth inequality is characterized by those things the wealthy own that most people cannot afford at all. But economic progress through history shows a pattern that should make people look at wealth inequality differently. Instead of looking at what some people don’t have, we should look at what everybody does have—or at least is capable of obtaining.

The history of economic progress follows a common pattern. New items are put to market, but their rarity and novelty precludes most people from being able to afford them. Over time (and often only a short period of time) the “luxury” becomes commonplace. Most interesting are those items that, while being widely accessible to the poor, are still consumed by the wealthy.

At the birth of English industrialization, one of the first examples of such a luxury item was purple dye. Ostentatious clothing was a way that the aristocracy could set themselves apart from the bulk of society. The color purple was associated with royalty, but this connection was the result of how expensive purple dyes were to come by. “Tyrian purple” dye was harvested from a rare species of snails, and because it took a quarter or a million snails to produce only an ounce of the dye, only the exceedingly wealthy could afford it. Purple stood as a status symbol for millennia.

As England industrialized, steam power made cotton textiles more affordable (and comfortable) than previous materials, such as wool. This raised demand for dyes, which led to further innovations from entrepreneurs seeking to profit from the textile boom. The cochineal, an insect found on Mexican cacti, was used to produce a red dye. Meanwhile, a woman in South Carolina, Eliza Pinckney, developed a way to grow indigo in the colony, which produced a blue dye. Manufactures mixed the dyes together, and the British aristocracy suddenly found themselves surrounding by working class people wearing the “color of kings.”

Clothing dye may seem like an odd example of something that lifts the poor closer to the status of the wealthy, but in the aristocratic culture of seventeenth-century England, the change was tremendous. The poor not only had cheaper access to more comfortable clothing, but they could buy it in such a variety of colors that clothing largely ceased to be a demarcation of status.

The reason this insight is easy for people to overlook is because it usually involves items that seem rather banal. But the banality is precisely the point. What once was a luxury became an everyday item, consumed by the rich and poor alike. Most people give little thought to a photo of Warren Buffet drinking a Coca-Cola, but the idea that one of the richest men in the world would drink the same beverage consumed by the average person (and even the global poor) is an entirely modern phenomenon.

The same can be said for items that have a more undeniable impact on the improvement of conditions. We all know that Henry Ford is not famous for inventing the automobile. He gained his wealth by finding a way to make cars affordable for working class people. Even today, while there are still “luxury cars” that only the rich own, the qualities that make them “luxury” have become increasingly narrow. It is not only the rich who have once-luxury features such as air conditioning, stereos, power windows, and seat warmers.

Cell phones, of course, are another go-to example of commonplace luxuries. It was not that many years ago when cell phones — which were bulky and only had a single function — were little more than pricey status symbols for corporate executives and the political elite. Today, it is not enough to say that the average person has a cell phone that is wildly superior to the earlier models; we should also recognize how significant it is that they have the same cell phone as the wealthiest people in the country.

It is easy to find any number of items that follow the pattern of purple dyes, soft drinks, cars, and cell phones. If we measure wealth disparities in dollar terms, it does seem like inequality increases under capitalism. Although advocates of free trade are correct to identify the logical problems of egalitarian ethics, we often miss the opportunity to point out that when we consider the increasing material similarities between the rich and poor that accompany economic progress, it is really quite absurd to say that capitalism increases the inequality of wealth at all.

Rainbow Snatch runs into the Young Turks at the 2020 Democratic Primary Presidential debate. 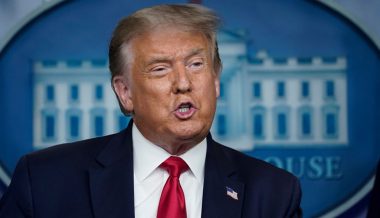