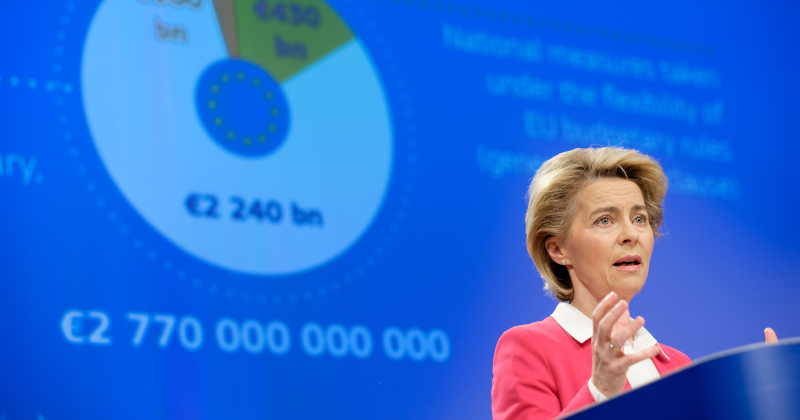 The head of the European Commission is advocating for measures to drive Europe out of the coronavirus crisis stronger than it was before, but the cracks inside the bloc’s relations may cast a shadow on her bright projects.

Ursula von der Leyen said on Friday that member states had begun discussions about what to do with closed borders, which were shuttered in an attempt to stop the spread of the coronavirus.

“We are in consultation with member states on how to proceed beyond Easter,” she told Europe 1 radio.

She also advocated for using the European Union’s next budget as a way to create a ‘Marshall Plan’ to stimulate economic recovery following the pandemic, arguing that the bloc will remain strong and weather the crisis together.

The appeal for a more proactive, unified Europe may be too little, too late, however. German Interior Minister Horst Seehofer wants to expand his country’s border controls to include more states as well as the airports, Der Spiegel reported on Friday.

Also, the feedback to Von der Leyen’s apology to Italy for Brussels’ muted response to the pandemic has been less than optimistic. Italian Prime Minister Giuseppe Conte said that he welcomed the news, but that the bloc would need to create a “European lifeboat” in order to overcome the crisis.

“European solidarity … was not felt in the first days of this crisis and now there is no more time to waste.”

Matteo Salvini, head of the opposition League, said in response to von der Leyen’s apology that it was “understandable” why Italians would want to leave the European Union entirely. He said that the bloc must take broad and immediate action to help his country.

The EU continues to lock horns over how to deal with the economic fallout from the pandemic. Member states are divided over the idea of issuing eurobonds – often referred to as ‘corona bonds’ – to help member states out of recession and increase spending on healthcare.

Italy, Spain, and France, among the hardest-hit by coronavirus in Europe, support the idea. But it has been strongly opposed by better-off states such as Germany and the Netherlands.