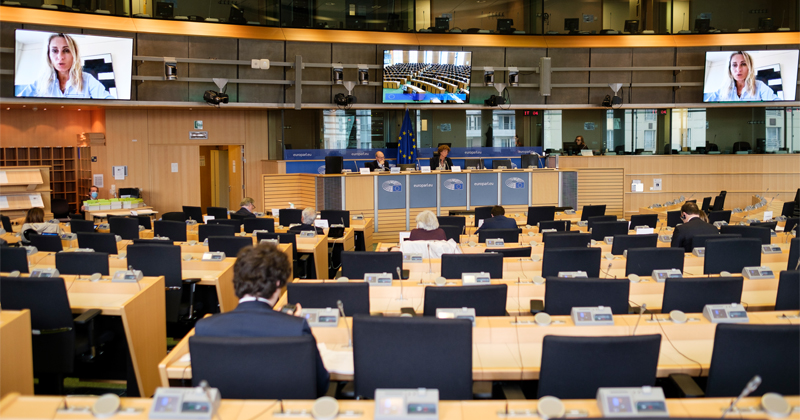 New polling reveals a deep disappointment among EU citizens with the bloc’s response to the coronavirus pandemic and their governments’ handling of it, though a majority say they want EU nations to work more closely in future.

The European Council on Foreign Relations think tank surveyed 11,000 people in the nine countries that make up about two-thirds of the EU’s population: Bulgaria, Denmark, France, Germany, Italy, Poland, Portugal, Spain and Sweden. The polling took place in April.

A majority of poll respondents in all of the countries said the EU responded poorly to the crisis, with 46 percent of all those surveyed saying the bloc did not live up to its responsibilities during the pandemic, and almost half (47 percent) saying it was “irrelevant.” Almost two-thirds of Italians and 61 percent in France said the EU had failed its citizens.

When asked if their attitudes towards the EU had worsened, a majority in Italy, Spain and France said “yes.” Only four percent of Italians and Germans named the EU as their country’s “greatest ally” during the crisis, with the majority in each country group polled choosing the option “no one.”

The report’s authors describe the disillusionment as “disturbing.” However, the disappointment hasn’t translated into Euroscepticism. For 63 percent of those surveyed, the pandemic revealed a need for EU governments to act more cohesively. But this might have been in response to their opinion of other nations during the crisis having worsened, given that 59 percent said their view of the US had deteriorated, and just under half said the same about China.

Although approval rates for individual state leaders improved in March, as countries introduced emergency measures to deal with Covid-19, the bump didn’t last, with citizens growing disappointed with their government’s ability to handle the pandemic. Some 61 percent of French people said Emmanuel Macron’s government had underperformed, while 54 percent in Spain said they were dissatisfied with Pedro Sanchez’s management of the crisis.

Freedom lovers in Texas have launched wecantbreathe.news to ignite a nationwide movement against the medical tyranny of mandatory public face mask rules.