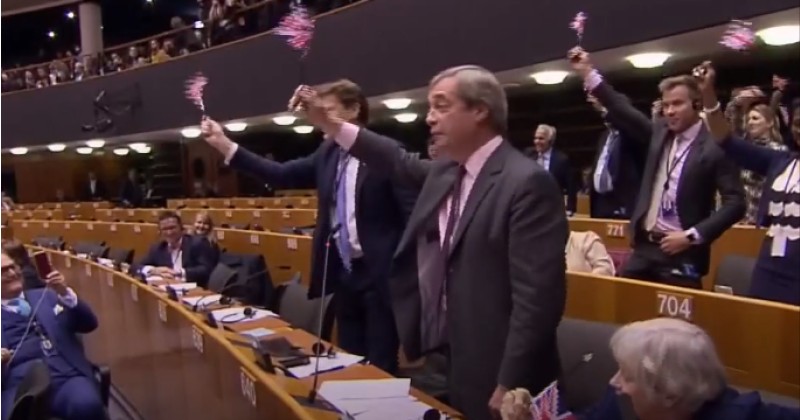 EU Vice-President Mairead McGuinness cut off Nigel Farage’s mic and ordered British flags to be removed from the European Parliament in a moment that was emblematic of why the UK voted to leave in the first place.

The incident occurred during the formal vote to rubber stamp Britain’s departure from the globalist body.

Farage gave a rousing speech to mark his final appearance in the chamber just two days before Brexit is finally completed on Friday.

“We love Europe, we just hate the European Union,” said Farage, labeling the EU an “anti-democratic” institution that gave technocrats “power without accountability.”

We raised our flags with great pride.

The Brexit Party leader then spoke of a “historic” battle taking place in the west.

“It is globalism against populism and you may loathe populism, but I’ll tell you a funny thing, it’s becoming very popular,” said Farage.

“I know you want to ban our national flags, but we’re going to wave you goodbye,” said Farage before his audio was cut.

“If you disobey the rules, you get cut off, could we please remove the flags,” said McGuinness.

And that in a nutshell is the very reason why Britain is leaving the EU.