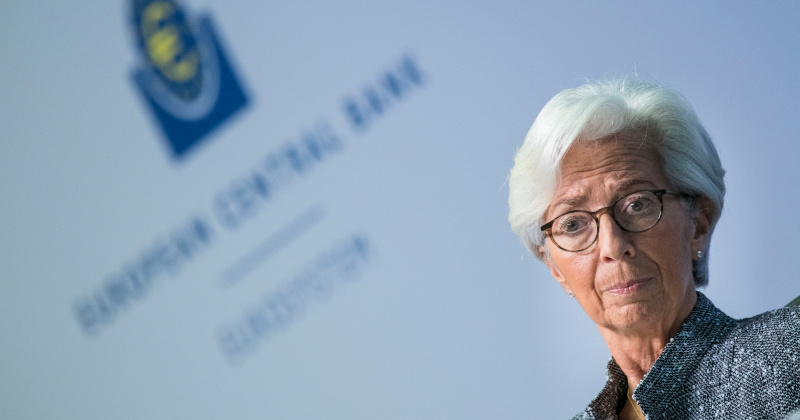 The impact of the Covid-19 pandemic on the eurozone economy has been significant, according to the European Central Bank (ECB), increasing the underlying financial vulnerabilities of the euro area.

The ECB’s May 2020 Financial Stability Review suggests that the euro governments’ vast fiscal response to the pandemic could raise questions over their ability to repay debts, and could revive the threat of countries leaving the single currency.

“Should measures taken at the national or European level be deemed insufficient to preserve debt sustainability, the market assessment of redenomination risk might rise further,” the ECB said.

“Redenomination risk” refers to the danger of some countries quitting the euro or the single currency collapsing altogether.

What impact has the #coronavirus had on financial stability? What are the key vulnerabilities facing the eurozone financial system and which challenges lie ahead for its recovery?

Watch our video and read the Financial Stability Review to find out https://t.co/mehVWVuYf2 pic.twitter.com/JjbJGdKwOk


According to ECB estimates, eurozone public debt as a share of output will grow by between seven and 22 percentage points in 2020, as governments borrow hundreds of billions of euros to support their economies. That has pushed the total debt-to-GDP ratio of the region from 86 percent to almost 103 percent.

Usually, eurozone countries target public debt below 60 percent, but that boundary has been suspended during the coronavirus crisis.

However, the ECB stressed that government spending “has softened the impact, and is expected to support economic recovery.”

“The pandemic has caused one of the sharpest economic contractions in recent history, but wide-ranging policy measures have averted a financial meltdown,” said ECB’s Vice-President Luis de Guindos.

“However, the repercussions of the pandemic on bank profitability prospects and medium-term public finances will need to be addressed so that our financial system can continue to support the economic recovery,” he added.

The regulator noted that differences between the yields on countries’ debt “might increase if investors assess that public debt sustainability has deteriorated.”

“A more severe and prolonged economic contraction than envisaged…. would risk putting the public debt to GDP ratio on an unsustainable path,” prompting fears of a “cascade” in the rest of the economy, the ECB said.

According to the ECB, bank valuations across the region have fallen to record lows, and funding costs have increased. The return on equity for euro area banks in 2020 is now expected to be “significantly lower” than it was before the pandemic.

The ECB banking supervision authority has recommended that banks temporarily refrain from “paying dividends or buying back shares, strengthening their capacity to absorb losses and avoid deleveraging.” Those capital measures are expected to remain in place until the economic recovery is “well established,” the ECB report said.