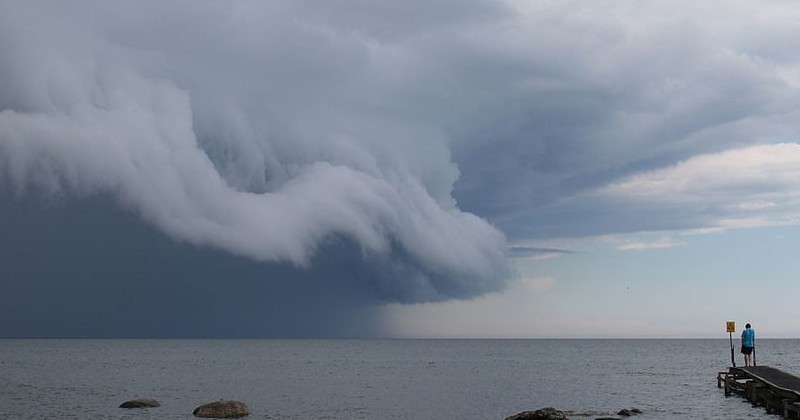 Over the last several decades, have we ever seen a year start as strangely as 2020 has?

Global weather patterns have gone completely nuts, large earthquakes are popping off like firecrackers, it looks like the plague of locusts in Africa could soon develop into the worst in modern history, and a massive plague of bats is severely terrorizing parts of Australia.

On top of all that, African Swine Fever is wiping out millions upon millions of pigs around the globe, the H1N1 Swine Flu is killing people in Taiwan, there have been H5N1 Bird Flu outbreaks in China and in India, and the H5N8 Bird Flu has made an appearance at a poultry facility in Saudi Arabia.  Of course the coronavirus outbreak which is causing people to literally drop dead in the streets in China is making more headlines than anything that I have mentioned so far, and it could potentially turn into a horrifying global pandemic that kills millions of people.

But other than that, it has been a rather calm beginning to the year, eh?

I have been repeatedly warning that the time of “the perfect storm” is upon us, and many others have also been using this terminology to describe what we are now facing.

Basically, we have entered a period of time when we will be dealing with one terrible crisis after another, and all of these challenges will collectively create a horrific nightmare that will just continue to intensify as time rolls along.

Surprisingly, even the mainstream media is now starting to talk about a coming “perfect storm”, although they have a bit of a different spin on it.  The following comes from a Guardian article entitled “Humanity under threat from perfect storm of crises – study”…

The world is facing a series of interlinked emergencies that are threatening the existence of humans, because the sum of the effects of the crises is much greater than their individual impacts, according to a new global study.

Climate breakdown and extreme weather, species loss, water scarcity and a food production crisis are all serious in themselves, but the combination of all five together is amplifying the risks of each, creating a perfect storm that threatens to engulf humanity unless swift action is taken.

Of course the mainstream media would like to blame just about every crisis that humanity is facing on “man-made climate change”.

In essence, they would have us believe that humanity’s “carbon footprint” is way too large and that if we would just do everything that the socialists are telling us to do that everything will go back to normal.

To much of the population, their arguments can seem rather compelling at times, because without a doubt the weather is going nuts.

For example, a 1,000 mile-wide storm is currently slamming into the United Kingdom…

THE PUBLIC has been advised to stay indoors today as Storm Ciara is expected to batter Britain with 90mph winds and heavy rain.

The 1,000 mile-wide storm, the strongest to sweep across the country for seven years, will bring travel chaos and the advice is: only travel if absolutely necessary.

And “climate change” is also being blamed for the absolutely crazy locust plague that is devastating parts of the Middle East and eastern Africa right now.  Approximately 360 billion locusts are eating everything that they can find, and UN officials continue to claim that the number of locusts could actually get “500 times” larger by the time June arrives…

With more rains expected in the region in the coming weeks, the number of locusts if unchecked could grow by up to 500 times by June, when drier weather is expected.

Meanwhile, the crust of our planet is literally shaking like a leaf.

Are we supposed to blame “climate change” for this too?

Over the past week, the Ring of Fire has been hit by big earthquakes day after day…

EARTHQUAKES today hammered the Ring of Fire in the Pacific, as officials detected more than 50 tremors throughout the region. One of the biggest was a magnitude 6.2 earthquake in Indonesia.

Earthquakes have consistently rocked the Ring of Fire this week, with an average of 50 in the region every day, most in a middling magnitude of two or more. Some have grazed higher levels, however, with the largest pushing magnitude 6.

But right now people are more concerned about the coronavirus outbreak in China than anything else.

According to the latest official numbers coming out of China, there are now more than 40,000 confirmed cases and more than 900 confirmed deaths.

Of course there is an enormous amount of skepticism about the validity of those numbers.  In fact, one exiled Chinese billionaire believes that the true death toll could be more than 50 times higher…

Exiled Chinese businessman Guo Wengui recently revealed leaks from Wuhan crematoriums. He claims based on the number of bodies their furnaces are burning, the death toll could be as high as 50,000. Wengui made the bombshell allegations in an interview with former White House chief strategist Steve Bannon.

I wish that Chinese officials would just be straight with us, but one thing that is becoming exceedingly clear is that this virus passes from person to person very, very easily.  In fact, nine members of one family in Hong Kong all got infected “after sharing a hotpot and barbecue meal”…

Concerns about the way the virus spreads are likely to surge following a report that nine members of the same Hong Kong family have been infected with the deadly new coronavirus after sharing a hotpot and barbecue meal.  A hotpot – also known as a steamboat – is a bubbling cauldron of stock shared communally, to which diners add ingredients.

It wasn’t immediately clear if the food was contaminated with the virus, or if one of those present for dinner was a carrier.

Let us hope that the containment measures being taken in China and elsewhere will help, but at this point the number of cases just continues to escalate.

Unfortunately, what we have witnessed so far is just the beginning.

We are only in the leading edge of “the perfect storm”, and the great challenges that are still ahead of us will shake everyone to the core.