… As the drug cartels have taken over the human smuggling business, the illegal journey into the United States has become even more dangerous.

When human smugglers bring those crossing illegally into the U.S., more often than not, there is a kind of ‘final payment’ demanded of female crossers. In short, the women are raped by the coyotes (smugglers) before they can make their way into the interior of this country.

After the woman is raped, the smuggler then forces her to hang her panties or bra from the branches of a nearby tree.

These sickening road signs along the illegal alien highway are meant to serve as a reminder to all of those who travel these dangerous routes of just exactly who controls the border…the cartels.

In recent years, Arizona’s Pinal and Cochise Counties have seen an expanding number of these barbaric symbols dotting the once pristine landscape.

On March 1, 2006, Cochise County Sheriff Larry Dever told a Senate subcommittee: “Smuggling routes are often marked with ‘rape trees’—women’s under garments hung on tree limbs where a raped occurred, warning everyone of the failure to cooperate with the coyotes who prey on them.”

On June 7, 2006, Rep. Ted Poe (R-Texas) read the following report into the Congressional Record: “Ripped from the bodies of unwilling women, undergarments cling to branches of a tree just a few feet from the lawless U.S.-Mexico border, dozens of pairs of underwear thrown there by rapists.

These are called rape trees. Each pair is a trophy from a woman that was smuggled into the United States, victims that are heard screaming in the desert. They are raped, even gang raped by illegal human smugglers, then forced into silence.

These trees are a warning. Illegal immigrants evade our borders but crime doesn’t evade them. Some become criminals. Some become victims. They are raped, robbed and murdered by other illegals, human smugglers and brutal criminals who then claim other victims.

More than 70 percent of their rapes, murders and child sex crimes are against Americans. One expert who studies sex crimes says about a hundred illegal sex offenders cross the border every day, leaving thousands of victims every year.

Rape trees are a warning to illegals not to talk. They should be a warning to Americans as well, to shout out against illegal entry and human smuggling.

And that’s just the way it is.” 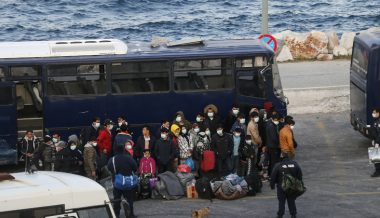 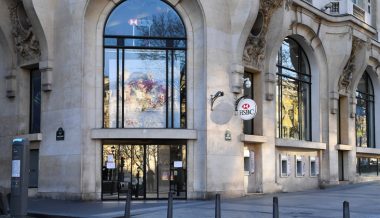