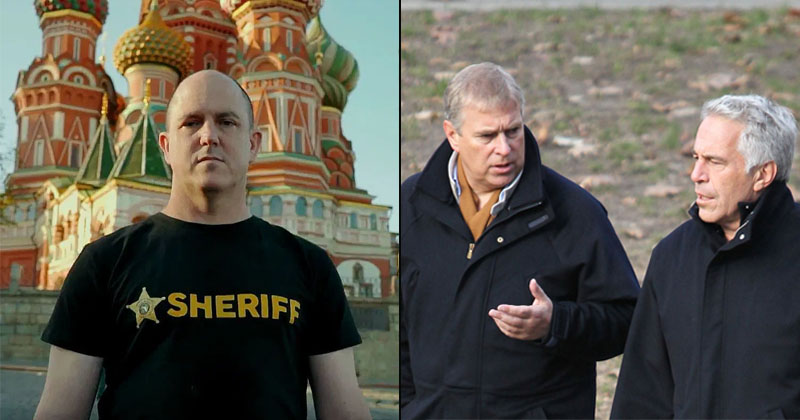 The FBI has gone to great lengths to cover up evidence of Prince Andrew’s role in his billionaire pal Jeffrey Epstein’s sordid pedophiliac activities, claims a former Florida police officer.

Ex-cop John Mark Dougan claims he has hundreds of hours of footage from the billionaire pedophile’s Palm Beach mansion.

But the Feds raided his home and collected all the information he had obtained about Esptein, prompting him to seek asylum in Russia to avoid arrest on suspicion of computer hacking.

“I’m certain the FBI is involved in some kind of cover-up over Epstein,” said Dougan. “That could absolutely include Andrew’s role, or it could be that senior FBI people visited the house and don’t want to reveal that.”

Dougan warned that he set up a dead man’s switch, encrypting all the files and endowing secret codes for them to friends all over the world as an insurance policy should he meet an untimely fate.

“The FBI got hold of all the data I have when they raided me,” Dougan said. “My copies of the files will never be released unless something untoward happens to me.”

“The Epstein files will stay secure and unreadable to everyone. I do not have a physical copy in my immediate possession, because of security reasons.”

“The files are safe and the people who hold them have no idea what is on them.”

Dougan added that he hasn’t surrendered the information to the Russian government in his quest for asylum.

“But I’m not a Kremlin agent and I did not share any materials with the Russian Government. I don’t intend to blackmail anyone with my information. It’s against my principles.”

Not long after Prince Andrew faced renewed scrutiny from Epstein’s arrest and subsequent “suicide” in August, the Buckingham Palace issued a statement strongly denying the Prince of Wales’ involvement in anything related to Epstein’s illegal activities.

“The Duke of York has been appalled by the recent reports of Jeffrey Epstein’s alleged crimes,” the statement said.

“His Royal Highness deplores the exploitation of any human being and the suggestion he would condone, participate in or encourage any such behaviour is abhorrent.”

The circumstances of Jeffrey Epstein’s highly suspicious and sudden death from his New York prison cell have only raised more questions about his role in the elite’s clandestine pedophiliac activities.