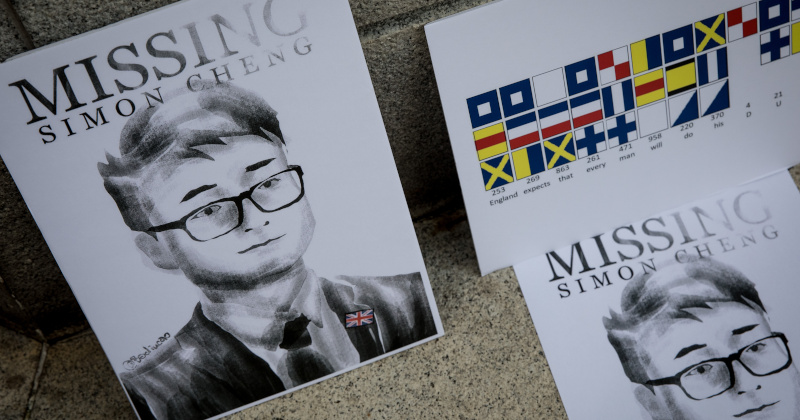 Simon Cheng, a Hong Kong citizen who worked for the British Consulate-General Hong Kong, was arrested and tortured by Chinese agents for 15 days in August for his alleged involvement in supporting pro-democracy protests in Hong Kong, reported BBC News.

Cheng told BBC he was “shackled, blindfolded, and hooded” and was beat into submission.

Chinese agents accused him of sparking political unrest in Hong Kong that has since led to the economic and social collapse of the city.

“They said I’m a state enemy and I’m a traitor, and also they asked whether the consulate instructed me to mingle with the protest”, he told the BBC, adding that “They wanted to know what role the U.K. had in the Hong Kong protests – they asked what support, money, and equipment we were giving to the protesters.”

“I told them I want to make it 100% clear, the U.K. didn’t assign resources or help with the protests.”

Foreign Secretary Dominic Raab released a statement that his office, the British Consulate-General Hong Kong, was “shocked and appalled by the mistreatment” Cheng experienced during the 15-day detainment, which he was tortured. “I have made clear we expect the Chinese authorities to investigate and hold those responsible to account,” Raab said.

Hong Kong lawmakers have said Cheng’s arrest is a prime example of the abuse of the legal system in China and why Hong Kongers have been protesting over the last five months to prevent the city from passing an extradition bill to China.

“Beijing is throwing down further signs of disrespect for the rule of law and taking a vindictive attitude toward Hong Kong citizens, particularly those with links to foreign countries,” Willy Lam, an adjunct professor at the Chinese University of Hong Kong’s Centre for China Studies, who spoke with Bloomberg. “This might resonate very badly, poison the atmosphere and prevent a peaceful and rational solution to the confrontation between the protesters and the SAR government.”

Cheng said secret agents identified him as the “mastermind behind the protests,” which allegations he rejected; agents also threatened him with long-term jail time, causing him to consider suicide.

Raab said, “I summoned the Chinese Ambassador to express our outrage at the brutal and disgraceful treatment of Cheng, in violation of China’s international obligations.”

Cheng told BBC that it’s too dangerous for him and his fiancee to return to Hong Kong or mainland China. He fears for his safety and is seeking a new life in the UK.

Putin: As long as I’m President We Will Have ‘Mother’ & ‘Father’