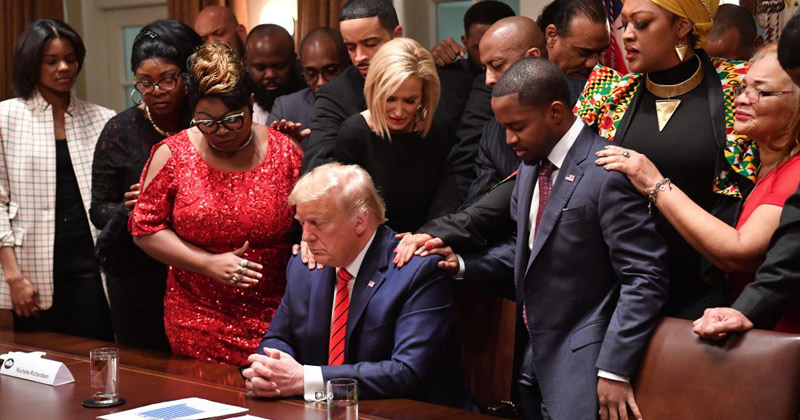 “Mr. President,” Brewer said. “I don’t mean to interrupt, but I’ve got to say this because it’s Black History Month. Man, you are the first black president.”

The room answered by cheering while President Trump grinned and nodded with approval.

Continuing, the former Minnesota Viking told the president, “I’ve been a Democrat all my life but I’m not a Democrat now. You’ve changed me. You touched me. And you made my work go to another level. You inspire me. And every time I go into those prisons and I ask my guys how many of them had their sentences reduced and they raise their hands, I know I’m doing God’s work and I thank you for that.”

Brewer, who is also an ordained minister and Fordham University professor, will likely trigger a massive freakout from liberals on the internet.

However, Brewer isn’t the only black American who thinks Trump is doing great things for the black community.

Watch below as a Wisconsin voter says Trump is “the blackest president we ever had.”

Antwon Williams explains why he is a #Trump supporter. #TrumpRally pic.twitter.com/PJiAGU8snK