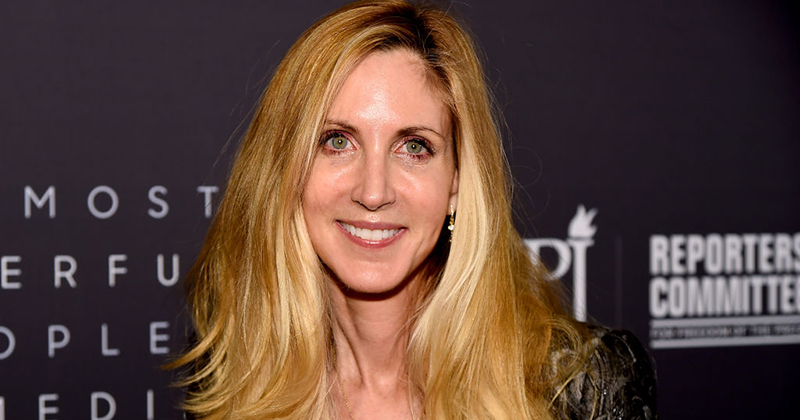 Ann Coulter picked up on Donald Trump’s weekend dig at Jeff Sessions, his former attorney general, frothing at the mouth with rage saying he “had to recuse” himself due to the president’s actions.

Former Trump defender and author of the book “In Trump We Trust” Ann Coulter has gone on an anti-Trump Twitter tear, trashing POTUS, who she had initially endorsed during his 2016 campaign, as the “most disloyal actual retard that has ever set foot in the Oval Office”. However, netizens were quick to turn the rampage back on Coulter.

She started her multi-post rant in response to the president’s Friday tweet in which he called for Alabama voters to “not trust Jeff Sessions”, his former attorney general, and instead put their support behind Sessions’ Republican Senate seat rival, football coach Tommy Tuberville.

Further branding Trump a “moron” and “lout”, Coulter fumed that the raging healthcare crisis provided an opportunity for him to be “or pretend to be a decent and compassionate human being” – “but he couldn’t even do that”, she said.

Coulter, who has since Trump’s election distanced herself from him over immigration issues, stood up in defence of Sessions, Trump’s first attorney general, asserting – addressing POTUS – he “had to recuse himself you complete blithering idiot”.

Sessions HAD to recuse himself, you complete blithering idiot. YOU did not have to go on Lester Holt's show and announce you fired Comey over the Russian investigation. That's what got you a Special Prosecutor. https://t.co/fIzHtmbOfR

Coulter rounded off her online rampage affirming the issues that Trump propagated as a candidate were ditched as soon as he entered the White House.

“The ONE PERSON in the Trump administration who did anything about immigration was Jeff Sessions”, she emphasised, having lines above stated the president hadn’t cherished any plans to build the border wall from the start.

The conservative commentator, who published her “In Trump We Trust” in 2016, added that she regrets once believing in “this shallow and broken man” and his pledges.

I will never apologize for supporting the issues that candidate Trump advocated, but I am deeply sorry for thinking that this shallow and broken man would show even some remote fealty to the promises that got him elected. https://t.co/fIzHtmbOfR

It is not the first time Coulter has attacked Trump like that: in February 2019, as POTUS declared a national emergency at the Texas border, she responded by saying that “the only national emergency is that our president is an idiot”.

The detail has been taken note of my multiple netizens: “she’s been ‘mad’ before”, one states, with many more mocking her rage over the fact “Trump didn’t build the wall”:

“Ann Coulter you didn’t keep your word to give President Trump a chance to keep his promise”, another fumed, with many openly jeering at the former Trump associate:

“Ann Coulter has borderline personality disorder”, one giggled, while others tried to figure what she is actually after:

I don’t get her deal. What does she want?

Using Trump’s name for clout again”, one suggested, in tune with many others’ tweets.

What happened to Ann? Did she have a stroke?

Is Ann Coulter enraged that the Walls of Jericho she ordered were never built? If you think Hell hath no fury like a woman's scorn? Wait until you see the fury of a female Demo Gorgon.

“Build a wall around ann coulter [sic]”, another said.