Exclusive photos taken from the Kay Bailey Hutchinson Convention Center shows preparations for a quarantine center not unlike those used during 1918 Spanish flu epidemic.

An inside source provided us photos from the Dallas Convention Center, one of the largest convention centers in the US, showing rows and rows of beds.

Our source reported that the facility already houses hundreds of beds. 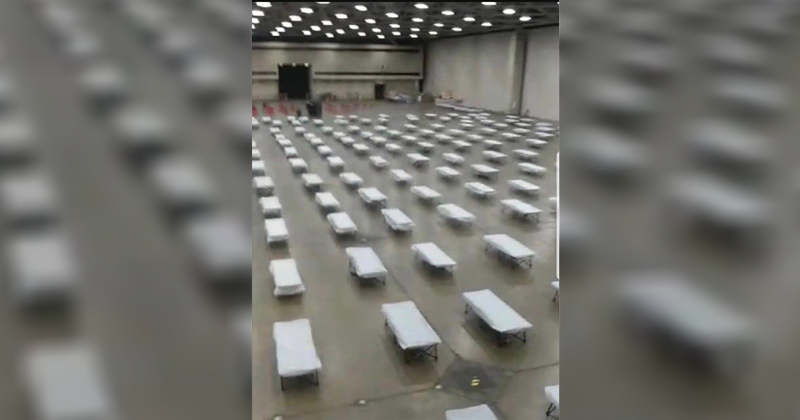 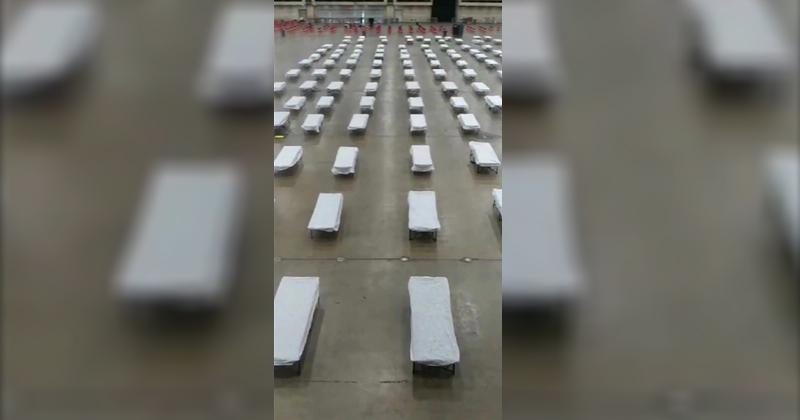 The Dallas government has put out a cover story that the facility is an “overnight shelter,” but another source inside Dallas law enforcement confirms to us that this facility is meant for COVID-19 victims and that other facilities are being prepared in the area as well.

It is standard operating procedure for FEMA to use large convention centers as emergency hospitals and quarantine centers when they are expecting the normal medical system to be overwhelmed.

The rows of beds are not unlike the quarantine treatment centers used during the deadly 1918 Spanish Flu epidemic, as historical photos reveal.

Texas has a huge and growing homeless population, that experts believe is a fertile ground for the Coronavirus outbreak, and mass quarantine centers are needed to house those that are certain to be effected.

California is estimated to have a homeless population in excess of 150,000 – of which California Gov. Gavin Newson estimates up to 60,000 homeless in his state alone could contract the virus.

Our source tells us that the Dallas facility can hold more than 500 people.

This is just further evidence that federal, state and local governments are gearing up for what will be a serious pandemic that most experts believe will kill tens or even hundreds of thousands of people – and the official worldwide death count is already near 10,000.

Politifact call Dr. Paul, “a conspiracy-minded doctor from Texas”. Really? What he said about COVID19 & govt’s response & motives is true.