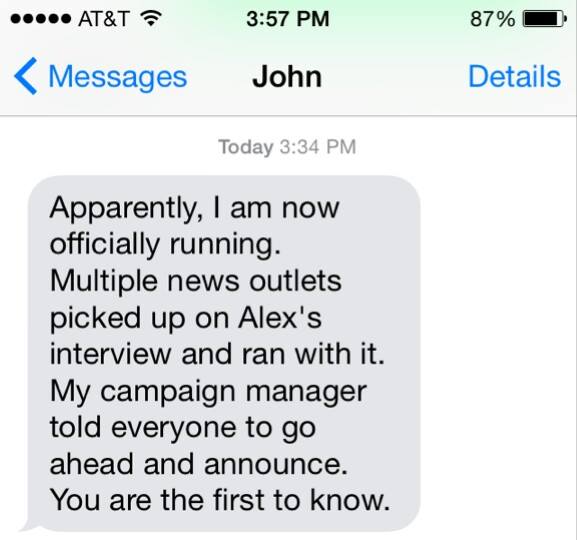 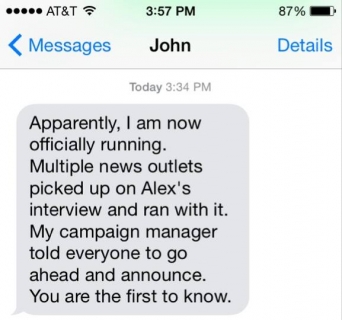 “A number of people have been advising me to run, urging me to run,” McAfee said. “My team actually filed today formally…”

McAfee stated his desire to run was rooted in both the government’s gross misunderstanding of technology as well as the overwhelming need to restore the privacy rights of American citizens.

“The government has failed us in many ways, Alex, and something has to be done about it,” he said.

In a text message to Infowars, McAfee officially announced his plans to run after his interview with Alex Jones gained widespread coverage.

“My campaign manager told everyone to go ahead and announce,” he said. “You are the first to know.”

“We’re living in a cyber world now,” McAfee added. “A world based on technology that certainly our current administration does not understand in the least.”