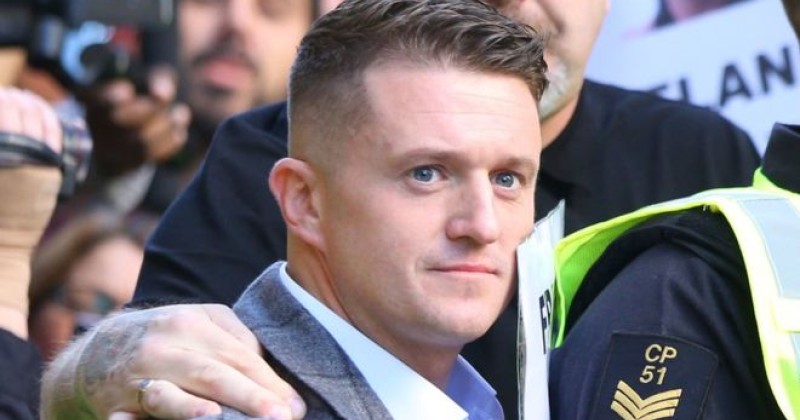 Tommy Robinson is set to ask President Donald Trump to give him emergency political asylum in the United States.

Last week, the activist was found in contempt of court over a Facebook Live broadcast of defendants in a criminal trial. Robinson and his supporters claim he was merely engaging in journalism in covering a sexual grooming gang case at Leeds Crown Court in May 2018.

However, he is set to ask for emergency political asylum in America over fears his life is at risk. Robinson told the BBC he was convicted “for who I am, not what I have done”.

Robinson is set to appear on both the Alex Jones Show today and Tucker Carlson’s Fox News show at some point this week to make the asylum request.

The United States Refugee Act of 1980, which is consistent with the United Nations’ 1967 Protocol on Refugees, provides for the resettlement of persons subject to persecution in their homelands and includes cases where persons are likely to face persecution for their “political opinion”.

Some of Robinson’s supporters have expressed fears that another spell in prison could represent a death sentence if he is incarcerated amongst a large Muslim jail population.

Last time the activist was in jail, he lost over 40 pounds due to concerns about the inmates preparing his meals. He also complained about being on the receiving end of physical and psychological abuse.