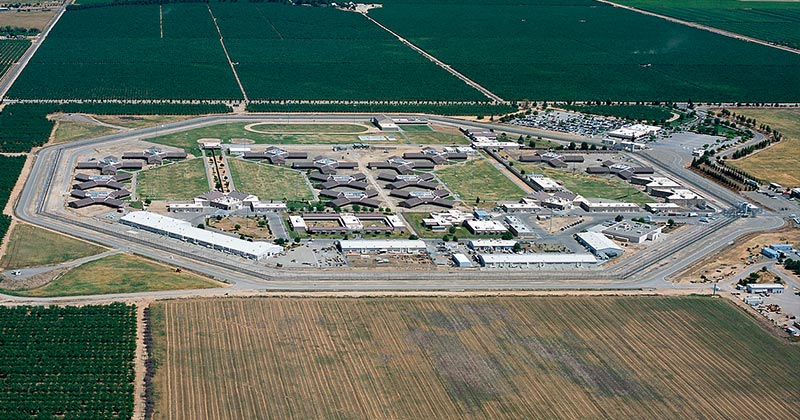 Chowchilla Federal Prison is home to some of the most violent and dangerous offenders, and, among them at roughly six feet tall is a transgendered woman, Shiloh Heavenly Quine, who towers over the biologically female inmates.

According to an anonymous source who spoke exclusively with National File, sexual harassment and intimidation are allegedly consistent behavioral trains exhibited by Quine.

During a specific altercation that occurred two weeks ago between Quine and female inmates, Quine declared, “I can’t wait until my homeboys come down here and we show you how it’s run.”

According to our source, excluding Quine there are alleged to be four other transgendered inmates in the general population, and five more awaiting sex-reassignment in solitary housing units.

In addition, there are female to male inmates who are residing in general population awaiting the surgery, but still being given testosterone. This, according to our source, causes problems due to new hormones and results in inmate violence.

Our insider describes Quine as a very intimidating presence in their dorm, telling National File that “She could kill me with one punch. It’s scary.”

Quine’s story went viral in 2017 when he became the first man to undergo gender-reassignment surgery paid for by the California tax payers. Quine went to court to fight for the surgery starting in 2014 after a bill was passed with the help of Sen. Kamala Harris (D-Calif) that grants permissions to spend tax-payer money on transgendered inmates getting  their sex-reassignment surgery.

Quine has been serving a life sentence after being convicted of first-degree murder kidnapping and robbery for ransom and has no possibility of parole.

Quine’s case set the standards that have been applies to allow other inmates in CA to apple for this tax-funded gender reassignment. This case also laid out a new policy allowing inmates housed in mens facilities who say they identify as women with more “female oriented” items. These items include nightgowns, scarves, and necklaces.

The Transgender Law Center’s executive director, Kris Hayshi, says “for too long, institutions have ignored doctors and casually dismissed medically necessary and life-saving care for transgender people just because of who we are.” This is the same Law Center that had represented Quine’s case, and that of many other like him.

This was considered a major victory in the transgendered community, and was widely celebrated despite criticism from many Californian tax payer.