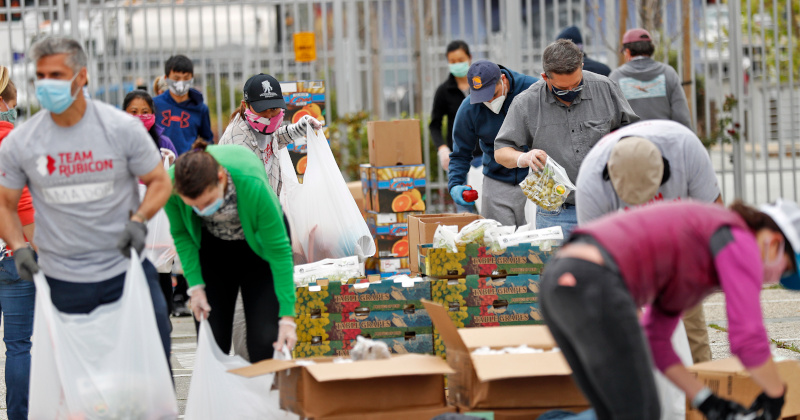 White House senior advisor Kevin Hassett says US economy is in “grave situation” and the unemployment rate could be hitting the same numbers seen during the Great Depression due to the Covid-19 pandemic.

“We’re going to be looking at an unemployment rate that approaches rates that I think we saw during the Great Depression,” Hassett told ABC’ ‘The Week’ on Sunday.

Hassett called the economic state in the US a “grave situation” and “the biggest negative shock [the] economy has ever seen.”

Hassett continued to paint a bleak picture when he compared jobless numbers today to those from the economic recession from 2007 to 2009, the worst in the US since the Great Depression.

“Around 2008, we lost 8.7 million jobs and the whole thing. Right now, we’re losing that many jobs about every 10 days,” Hassett said. “And so … the economic lift for policymakers is an extraordinary one.”

"We're going to be looking at an unemployment rate that approaches rates that I think we saw during the Great Depression." https://t.co/vM8WcrQKg0 pic.twitter.com/ds7QtseNqe

Unemployment peaked during the Great Depression in 1933 when rates hit 25 percent. They have only topped 10 percent twice since then, once in 1982 and again in 2009.

Over 26 million Americans have filed for unemployment benefits during the Covid-19 pandemic, and it will likely top 27 million very soon once what could be millions of backlogged claims can be processed.

The Congressional budget office forecasts the unemployment rate rising from 3.8 percent to 14 percent in the second quarter of 2020 and then 16 percent in quarter three and finally making its way down to 10.1 percent by the end of 2021.

Many economists, however, have predicted the unemployment rate hitting or passing 20 percent.

Despite the numbers, President Donald Trump has tried to paint a bright picture in his press briefings, predicting a comeback in the market, and therefore, with jobs, in the summer when state lockdown orders begin lifting.

He predicted earlier this month the economy will “soar like a rocket ship” once the country is through the pandemic.

On a global scale, the pandemic has also been compared to the Great Depression. UN Secretary-General Antonio Guterres recently said the Covid-19 crisis has become “a jobs pandemic. A humanitarian pandemic. A development pandemic” and predicted poverty and inequality to dramatically increase in the wake of the virus.