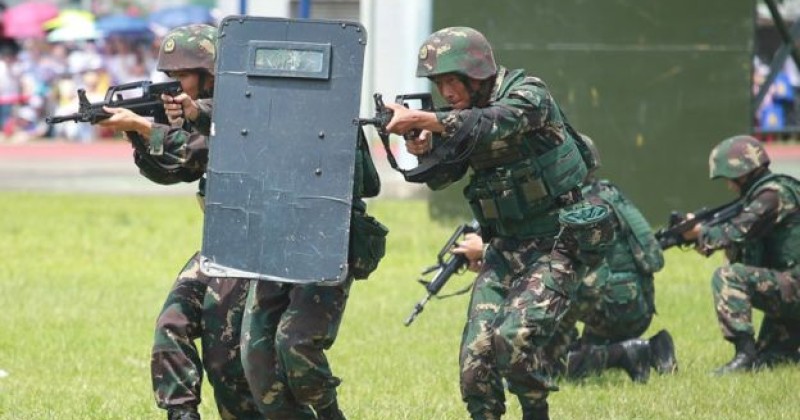 An expert in the region has warned that China could covertly invade Hong Kong by sending in PLA troops disguised as Hong Kong police.

The crisis reached its peak today as riot police and protesters engaged in violent clashes inside Hong Kong International Airport.

Demonstrators want a controversial extradition bill, which has been temporarily suspended by the territory’s pro-Beijing government, revoked entirely.

Most analysts think it’s highly improbable that China would send in troops to restore order, even if they refrain from using deadly force, because that would risk massive destabilization of the economy and cause international outrage.

However, others suspect that more covert means of intervention could be underway.

Police officer had his baton taken from him and was attacked with it. Drew his pistol and aimed at protesters. Astonished nobody killed here tonight. pic.twitter.com/Wox8yziDnz

Following rumors that such an exercise is already underway, political analyst Willy Lam, from the Chinese University of Hong Kong, said that China could intervene by sending in forces disguised as Hong Kong police.

“They will be wearing Hong Kong Police uniform so it won’t be a formal deployment,” said Lam.

Beijing has already been massing troops and tanks on the border with Hong Kong as a physical deterrence.

Analyst Wu Qiang, a former politics lecturer at Tsinghua University in Beijing, argues that the optics of Beijing invoking thoughts of the Tiananmen Square massacre 30 years later would be disastrous.

“The Chinese regime has no experience of suppressing riots in a free society,” he said.

The Chinese government has asserted that the unrest taking place in Hong Kong is a “color revolution” being surreptitiously backed by western forces.