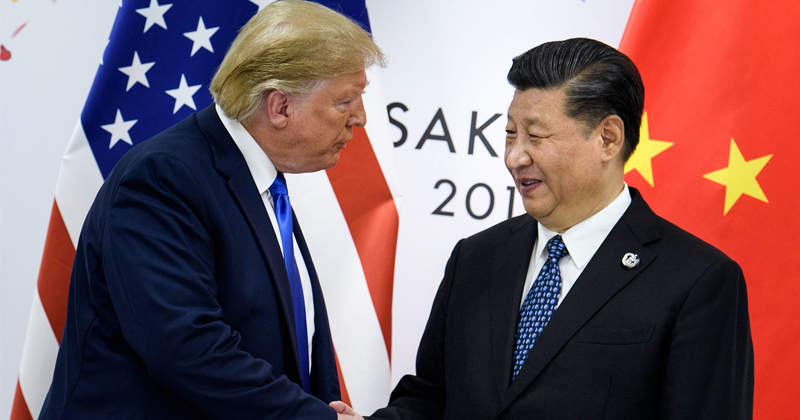 We have a trade deal!

We still don’t have all of the details of the so-called phase 1 deal. From what we know, it appears to be rather limited in scope. The US offered to suspend some tariffs on Chinese goods and cut others up to 50% in exchange for Beijing buying more American farm goods and opening up to US financial firms.

During a recent podcast, Peter Schiff said one thing we know for sure: this isn’t the resolution to the trade war. He called it more of a “truce.”

“It’s not an outright surrender, although that’s probably coming, eventually. But it’s really a truce in the trade war and a de-escalation of arms.”

But as far as a substantive trade deal that delivers the kind of structural change that President Trump promised, nobody thinks this phase 1 deal is it. In fact, a Bloomberg op-ed called it a “dud of a trade deal.”

“From what we can see, there is nothing in this tentative deal that wouldn’t have existed in the absence of the past two years of wrangling.”

Peter said this agreement is more about undoing some of the self-inflicted damage that was done to the economy as the Trump administration fought the trade war.

“Now that we have a truce, we can deescalate the arms race and stop inflicting so much collateral damage on our own troops. But this is not a real deal.”

Phase 2 is supposed to be the actual trade deal, but Peter said it is never going to happen.

Nevertheless, President Trump has said negotiations on phase 2 would start as soon as phase one is finalized.

“Which of course, Trump wants, because then he can still prop up the stock market by talking about how well the phase 2 negotiations are going and how close we are to a phase 2 deal.”

But the Chinese are saying they aren’t going to immediately go into further negotiations. They say they want to take a pause and see how the US lives up to phase 1 and to make sure the tariffs are actually dropped. Peter said that seems to indicate that China is sitting in the driver’s seat.

And the Trump administration was indeed bragging, characterizing the phase 1 deal as “amazing” and “historic.”

In reality, China is basically just agreeing to do what it was doing all along – buy a lot of US agricultural products.

“If China goes back to where it was before we even started the trade war, they’re going to buy more American goods. Now, the question is: are they going to buy even more goods than they would have ordinarily bought had we never had the trade war?”

Peter makes an interesting point. How can China even guarantee a specific level of imports? China is predominantly a market-based economy. Chinese consumers can buy what they want.

We say we want free trade, but how can we call it free trade if our government is forcing the Chinese to buy American if they can get a better deal buying products from other countries?

There’s another economic factor Peter brought up. If the Chinese significantly up their imports of certain agricultural products, won’t that drive the price up? How will that affect American consumers?

“In a free market, this wouldn’t happen because if US agricultural prices spiked up, then China would buy from somebody else and then there’d be a bigger glut on the market and prices would come down and you would have some kind of uniformity in global prices for things like soybeans or wheat or corn or things like that. But if the Chinese are committed to buying American agriculture no matter how high the price is, even if they can buy the same products for less money in other countries, well, that’s really going to drive up the price of food here in the United States. So, how is that necessarily good news for the American public that their food bill is about to go way up?”

Ultimately, Peter said markets are rallying on a trade deal that doesn’t even exist. Listen to the whole podcast for more in-depth analysis.