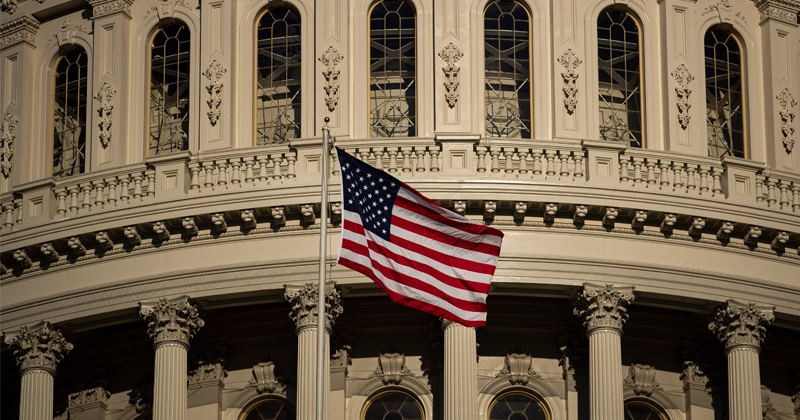 When is a $984 billion budget deficit good news?

When you thought you might get a $1 trillion budget deficit.

The Treasury Department released the fiscal year 2019 budget numbers on Friday. The budget shortfall came in at $984 billion right on the CBO estimate. A CNBC report said this would likely, “come as a relief to the Trump administration, which had previously forecast that the deficit would hit $1 trillion during the 2019 fiscal year.”

Never fear — the CBO estimates the US government may well run a trillion deficit as soon as fiscal 2020, with trillion-plus deficits running into the foreseeable future.

“Americans from all walks of life are flourishing again thanks to pro-growth policies enacted by this administration,” Acting Office of Management and Budget Director Russ Vought said in a statement accompanying the Treasury Department figures.

Despite ducking in just under $1 trillion, the 2019 deficit still ranks as largest budget shortfall since 2012. The federal deficit has only eclipsed $1 trillion four times, all in the aftermath of the 2008 financial crisis.

The $984 billion deficit amounts to 4.7 percent of GDP. That’s the highest percentage since 2012. It was the fourth consecutive year in which the deficit increased as a percentage of GDP. The debt-to-GDP ratio is estimated to have increased a hefty 26 percent over last year.

The pundits in the mainstream media tend to focus on the Trump tax cuts as the cause for the surging deficits, but revenues rose in FY2019. Spending is the real culprit.

The spending will continue into the foreseeable future. The bipartisan budget deal signed by President Trump over the summer suspended the borrowing limit for two years and will increase discretionary spending from $1.32 trillion in the current fiscal year to $1.37 trillion in fiscal 2020 and then raises it again to $1.375 trillion the year after that. The deal will allow for an increase in both domestic and military spending.

Speaking of the national debt; it increased by $1.2 trillion in fiscal 2019, according to Treasury Department data. The gross national debt currently comes in at a staggering $22.84 trillion and climbing.

To put that into perspective, last February, the national debt topped $22 trillion. When President Trump took office in January 2017, the debt was at $19.95 trillion. That represented a $2.06 trillion increase in the debt in just over two years. The borrowing pace continues to accelerate. The Treasury borrowed $800 billion in just two months. (If you’re wondering how the debt can grow by a larger number than the annual deficit, economist Mark Brandly explains here.)

The big deficit and debt numbers make for splashy headlines, but the mainstream mostly ignores the ramifications. Politicians make vague promises about cutting spending at some undetermined time in the future and policymakers offer enthusiastic assurances that economic growth will fix the budget problems. But in truth, government debt and spending retard economic growth. Europe’s spending binge serves as a prime example.

The reality is America’s fiscal condition is circling the drain.

The out of control spending and spiraling deficits are concerning enough on their own terms, but they become absolutely horrifying when you consider that these budget shortfalls are happening during a period of economic expansion. You would normally expect numbers like this during a major recession.