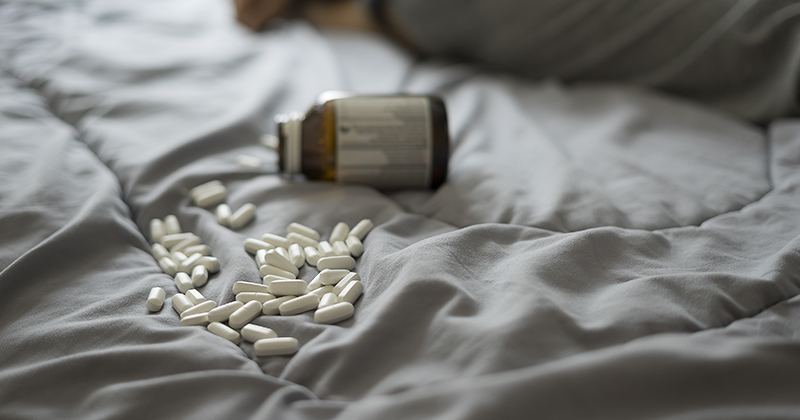 Millions of Americans have just lost their jobs in the last several weeks due to the COVID-19 outbreak shutting down large swaths of the US economy.

Households are coming under severe financial stress, with no savings, insurmountable debts, and job loss. Many are waiting for President Trump’s stimulus check to arrive in the mail, some have skipped out on their rent or mortgage payments on April 1, and others have called their credit card companies to defer debt servicing payments as incomes for tens of millions of people have gone to zero.

The panic buying of food and supplies over the last month shows just how many people were unprepared for a national health crisis, nevertheless, now developing into an economic crash, and soon could be followed by a period of social unrest.

The brave doctors who defied the bureaucrats. Here’s the treatments Fauci, AMA & the local Lockdown Lords don’t want to get or hear about

But before the social fabric of America becomes unstitched – households are to crack first. Their finances are piss-poor, with no savings and insurmountable debts, which include auto, credit cards, and student loans.

At the beginning of March, we noted how the gig-economy was about to crash, and by looking at the employment data that has come out since, along with future estimates, it’s pointing to an economic depression that could be arriving as soon as the second quarter.

Households are in rough shape. Many people are heavily medicated, own weapons, and have some sort of substance use disorder, suggesting that in periods of extreme financial stress – suicides could increase.

What’s concerning is that a suicide wave among low-income folks, who are already feeling the side effects of job loss, could be imminent.

President Trump warned in the last week of March that nationwide lockdowns must be reversed to prevent “tremendous death” from the economic depression, referring to the likely increase of suicides.

The 2008 Great Recession resulted in more than 10,000 suicides. The Great Depression resulted in tens of thousands of people taking their own lives. If the economy continues to be shuttered through April and or even May, then the depression will deepen, and suicides will increase. That is just the nature of the beast.

“People get tremendous anxiety and depression and you have suicide over things like this, when you have a terrible economy, you have death,” President Trump said this week.

President Trump on economy: "We can't turn that off and think it's going to be wonderful. There'll be tremendous repercussions. There will be tremendous death…probably more death from that than anything that we're talking about with respect to the virus." pic.twitter.com/82WEb4HJ8z

And with that being said, on Monday, a Pennsylvania man upset over losing his job due to the virus shutdown shot his girlfriend and then killed himself in an attempted murder-suicide. While this is only one incident, all the evidence above suggests suicides across the country will increase in the weeks or months ahead.

What could come next is social unrest – households are crushed, have no money and or job, and that is likely why President Trump signed an executive order last Friday to call up as many as one million National Guard and reservists – not just to fight the virus outbreak – but to maintain social order.