In response to my essay documenting that the indefinite detention bill does apply to American citizens on U.S. soil, a commentator posted:

Can somebody explain to me like I am 5, why [one of the bill’s provisions – which discusses U.S. citizens] does not protect citizens?

Yes, let me explain it in words that even a 5-year-old can understand … 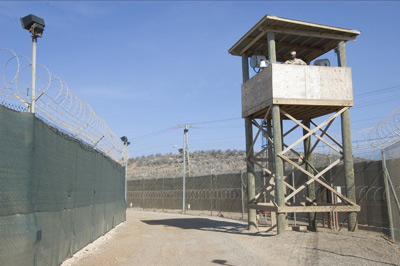 The bill says that the military must indefinitely detain anyone SUSPECTED of helping bad guys.

One provision says that the mandatory (“must”) indefinite detention doesn’t apply to U.S. citizens … but the government CAN indefinitely detain any U.S. citizen it feels like without trial, without presenting evidence, without letting the citizen consult with a lawyer, and without even charging the citizen.

This would destroy our Constitutional rights to trial, to face our accuser and to consult with an attorney.

Indeed, it would destroy rights created in England in 1215.

In other words, it’s like saying “you don’t HAVE to lock up Joey for the rest of his life because he called you a mean name, but you CAN lock him away and throw away the key and then falsely accuse him of being a suspected terrorist if it would make you happy”.

That is why Congressman Justin Amash wrote:

Senators McCain and Levin have teamed up to promote one of the most anti-liberty pieces of legislation of our lifetime, S 1867, the National Defense Authorization Act. This bill would permit the federal government to indefinitely detain American citizens on American soil, without charge or trial, at the discretion of the President. It is destructive of our Constitution.

… A few commenters have suggested that the dangerous provisions in S 1867 (discussed in my previous post) do not apply to American citizens because of this language in Sec. 1032: “The requirement to detain a person in military custody under this section does not extend to citizens of the United States.” This language appears carefully crafted to mislead the public. Note that it does not preclude U.S. citizens from being detained indefinitely, without charge or trial, it simply makes such detention discretionary.

Pres. Obama and many Members of Congress believe the President ALREADY has the authority the bill grants him. Legally, of course, he does not. This language was inserted to keep proponents and opponents of the bill appeased, while permitting the President to assert that the improper power he has claimed all along is now in statute.

They will say that American citizens are specifically exempted under the following language in Sec. 1032: “The requirement to detain a person in military custody under this section does not extend to citizens of the United States.” Don’t be fooled. All this says is that the President is not REQUIRED to indefinitely detain American citizens without charge or trial. It still PERMITS him to do so.