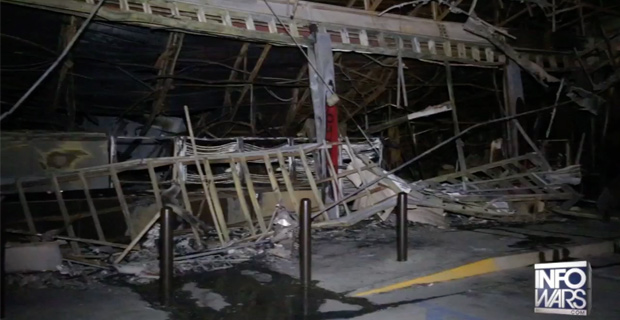 This past Sunday, police cordoned off an area in the St. Louis suburb of Ferguson, Mo., and stood idly by allowing people to destroy commercial property and loot retail establishments, an eyewitness told Infowars.

The witness, whom Infowars reporter Joe Biggs interviewed briefly, said he had been out on Sunday when most of the looting happened and that police let people have a free-for-all after establishing blockades around the community.

“The thing about it is they allowed everybody to loot Sunday,” the Ferguson resident told Biggs.

“That’s what I heard,” Biggs corroborated. “One of the guys we spoke to earlier said the cops were blocking an area and literally letting the masses drive by and go into the shopping centers.”

“They surrounded the entire community at each end and let everybody loot and do everything they wanted to do,” the man continued.

Riot police have been out in full force in Ferguson after the police shooting of 18-year-old Michael Brown, who witnesses say had his hands up when police shot him.

The man asserted that police were purposely allowing the looting and agitating protesters “so they can put martial law down.”

“When it comes down to it, this is all deployed basically to make sure that everybody begins a war with the police, even though they’re rioting for a reason, for a cause, but of course they’re gonna try to use militia… The facade version of America just sees people running around hectic and just wanting to destroy their community and that’s not what’s going on right now.

“Basically they just want to wage war on the people, just so they can put martial law down.” 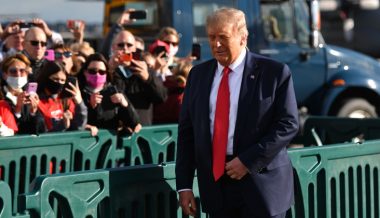 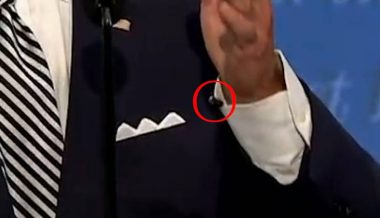