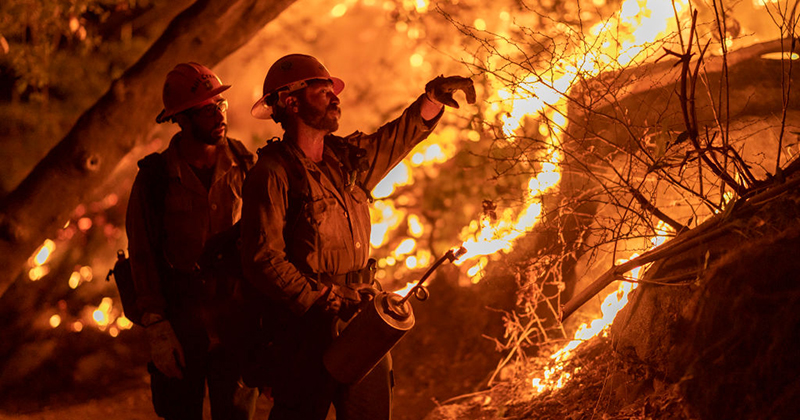 “We are removing false claims that certain groups started the wildfires in Oregon. This is based on confirmation from law enforcement that these rumors are forcing local fire and police agencies to divert resources from fighting the fires and protecting the public,” Andy Stone, policy communications manager at Facebook, tweeted on Saturday evening.

Stone continued, “This is consistent with our past efforts to remove content that could lead to imminent harm given the possible risk to human life as the fires rage on.”

“Rumors spread just like wildfire, and now our 9-1-1 dispatchers and professional staff are being overrun with requests for information and inquiries on an UNTRUE rumor that 6 Antifa members have been arrested for setting fires,” the Douglas County Sheriff’s Office said. “THIS IS NOT TRUE! Unfortunately, people are spreading this rumor and it is causing problems.”

On Friday, the FBI Portland bureau said, “reports that extremists are setting wildfires in Oregon are untrue.”

Obvious lies told in a desperate attempt to out Trump

The FBI even called some of the arson reports “conspiracy theories.”

As wildfires in Oregon and California have been labled nothing short of “historic” (see: here & here), Reuters notes arson investigators had been called to investigate the fires. Last week, Oregon State Trooper Ryan Burke tweeted a 36-year-old “Puyallup resident” who was arrestedon Wednesday (Sept. 9) for starting a fire on the “median on SR-167.”

According to That Oregon Life, here are four other arson incidents across Oregon, Washington, and California:

But, Facebook and the FBI have unleashed an infowar to make sure no left-leaning groups are blamed for the wildfires in the western US, this allows the liberal media to preserve the narrative that wildfires are a result of “climate damn emergencies” (and not due to La Nina’s cyclical heatwave or environmentalism’s impact on forest management).

Meanwhile, on the ground – the threat of arson and looting appears to be such a significant threat that signs have been plastered across towns in Oregon, indicating “arsonist” and “looters” will be shot.

“Right wing militia members in Oregon who are convinced anti-fascists set fire to their town set up checkpoints with guns on roads ppl were using to flee. Who had this on their 2020 bingo card?”

Finally, one wonders why Facebook and the FBI have been so quick and vociferous in shutting down any suggestion that these “climate fires” (as Gov Inslee has now taken to calling them) are being created by organized arson attacks… especially as numerous liberal media and political types raise the red flag of a “climate damn emergency” and “an angry mother earth” as being to blame (with legislation to combat the “climate crisis” among the top agenda items).