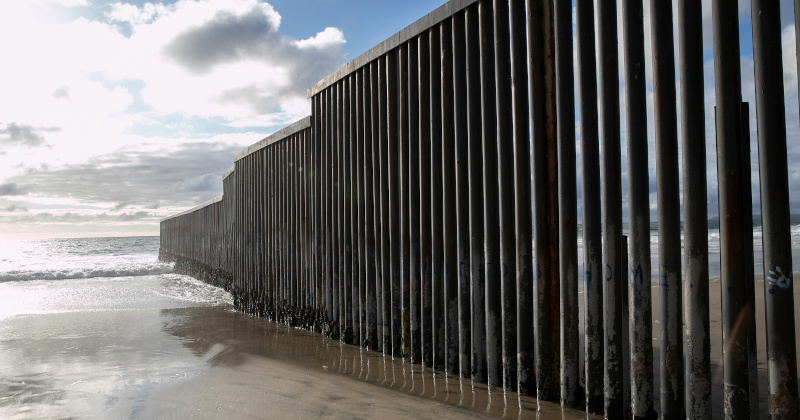 The world’s biggest social media platform has long been accused of suppressing conservative voices that contradict the leftist narrative.

This time, the decision is all the more perplexing given that the post doesn’t appear to be misleading despite what Facebook claimed.

On Tuesday, 18 November, conservative educational non-profit PragerU posted an image that said: “In 2006, Hillary Clinton voted for a fence on the Mexican border. So did Barack Obama and Chuck Schumer and 23 other Senate Democrats. Now, a border wall is considered racist.”

The post was soon covered up with a warning saying that it contains “partly false information.” Users could only access the image if they tapped on a small “see photo” bar underneath.

The post was apparently referring to 2017 comments by the White House budget director, Mick Mulvaney, who slammed Democrats for their staunch opposition to Trump’s promised border wall.

All three Democrats, who were sitting in the Senate at the time (Schumer now is a Senate minority leader) did approve the 2006 Secure Fence Act, which required the construction of more than 1,100 kilometres of reinforced double-layered fencing along stretches of the Mexican border.

The bill passed the Democrat-controlled Senate by a vote of 80 to 19. The double-layer provision was dropped two years later.

The Facebook disclaimer provided a link to a fact-check on PolitiFact that rated Mulvaney’s statement “Half True.”

By the time the fact-check came out, Trump had not yet ordered the construction of his “big, beautiful wall,” which is now materialising in the form of a steel barrier akin to the one Democrats voted for in 2006.

However, PolitiFact said Mulvaney was “partially accurate, but ignores important context,” because that border fence was “not as substantial as the wall Trump is proposing” and because the political context in 2006 was “different.”

Facebook decided to cite that same fact-check as a reason to block PragerU’s post – although it says unambiguously that Democrats were in favour of a “border fence.”

“They provide a link to PolitiFact which does not dispute the claims: It actually confirms them!” PragerU said.

As of writing this, the disclaimer has been dropped. The confusion is still there.