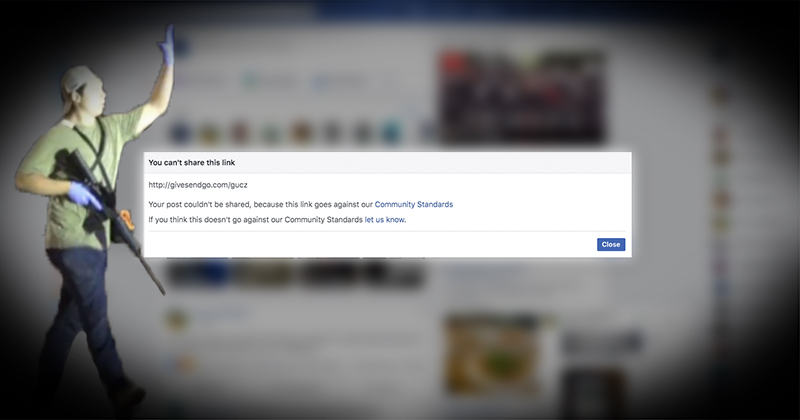 As of Tuesday, the campaign, which is said to be in contact with the Rittenhouse family and Kyle’s legal team, has raised nearly $300,000.

On Thursday, the popular crowdfunding site GoFundMe removed a campaign for Rittenhouse within minutes of it being posted.

Meanwhile, as National File reports, “The GoFundMe page for Black Lives Matter rioters arrested by police in Portland has been allowed to accumulate over $1.3 million in donations.”

See a screenshot below or try to share the link yourself: 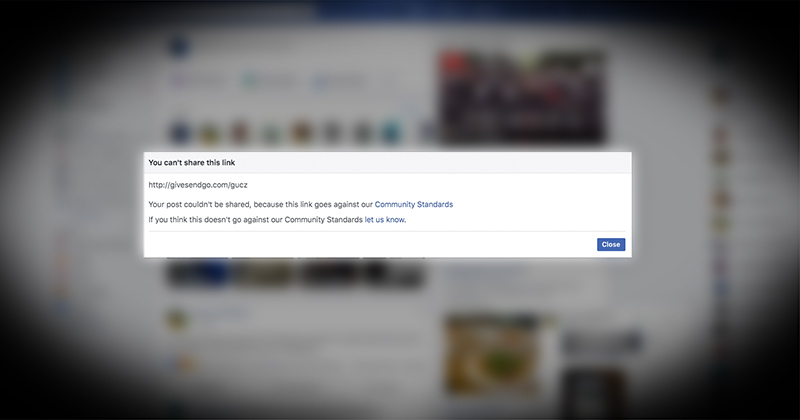 In fact, Facebook users are banned from searching the name Kyle Rittenhouse whatsoever.

The following image is a screenshot of a Facebook search for “Kyle Rittenhouse.” 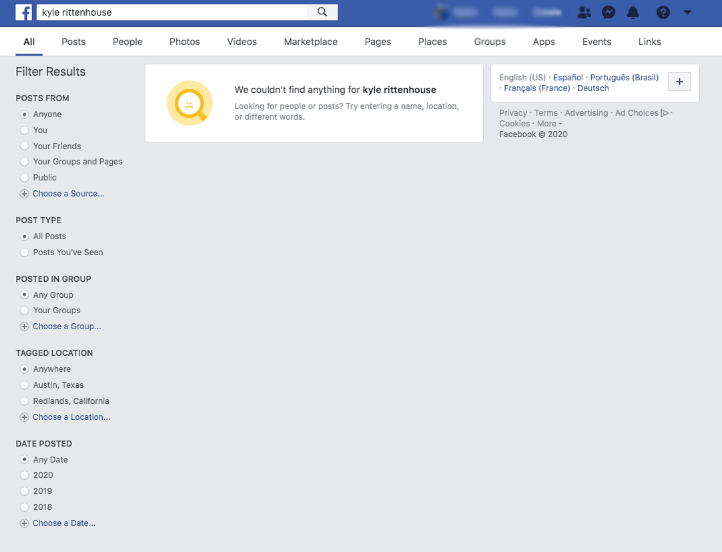 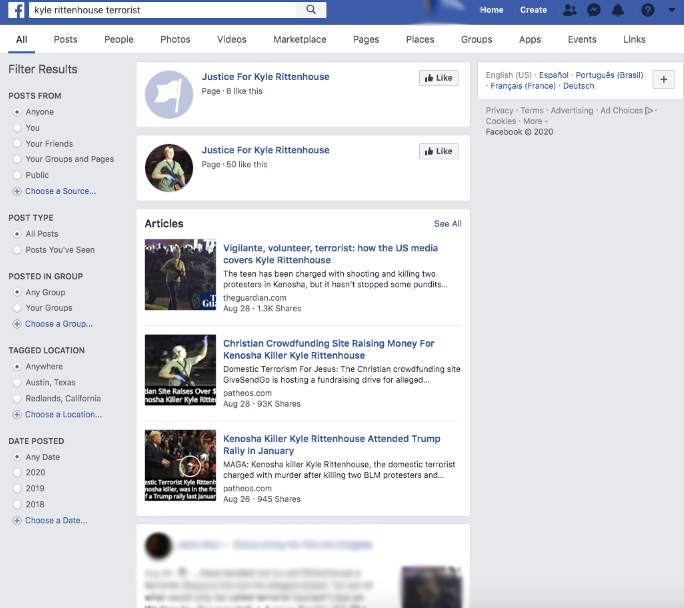 The Big Tech social media network is also censoring posts citing new CDC data showing only 6% of America’s COVID-19 deaths were attributed to the virus alone and that 94% of those who died had 2-3 comorbidities.

Twitter is joining Facebook in censoring users from sharing the public admission by the CDC, and even deleted a retweet by President Trump on Sunday after he shared a post highlighting the revelation.

Facebook’s anti-free speech agenda isn’t limited to the United States as users in Australia could soon be banned from posting any local or international news on the site.

John Pierce, the attorney for Kyle Rittenhouse, appeared on Monday night’s broadcast of Tucker Carlson Tonight to share previously unknown details of the shooting and to make a case for his client’s innocence.