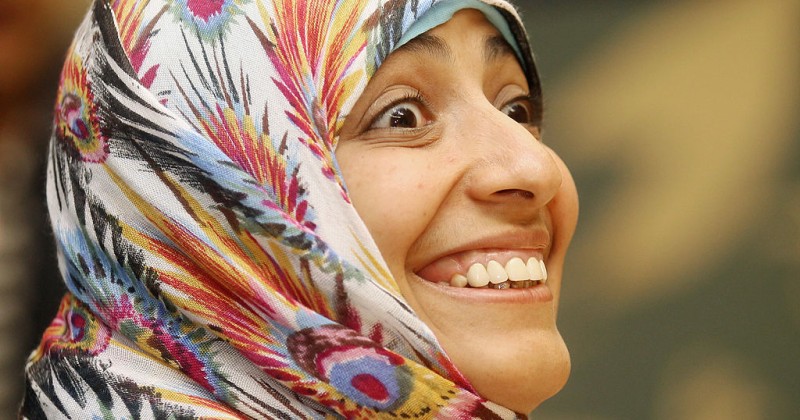 Facebook’s new censorship council, which will decide what content gets deleted from the website, includes a pro-Muslim Brotherhood Yemeni activist.

“The independent board, which will be able to overturn Facebook and its CEO Mark Zuckerberg’s decisions on whether individual pieces of content should be allowed on Facebook and Instagram, is a high-profile response to criticism of how the social media company handles problematic content,” reported Channel News Asia.

The “oversight board” will include none other than Nobel Laureate Tawakkol Karman, the Yemeni woman who became one of the faces of the Arab Spring uprising in 2011.

Karman’s activism includes supporting the Muslim Brotherhood, an Islamist organization that has been blamed for terrorist attacks.

In Yemen, the Muslim Brotherhood is led by Abdul Majeed al-Zindani, a Sunni Islamist viewed by the United States as a “Bin Laden loyalist” and someone who is listed as a “Specially Designated Global Terrorist” by the US Treasury Department.

No doubt Karman’s tolerance for allowing criticism of Islam on Facebook’s platform will be in short supply.

Facebook forms a "supreme court" which will decide what content to allow or remove from the world's largest social media platform. One of the members of the supreme court is notorious Muslim Brotherhood activist Tawakkol Karman. pic.twitter.com/m2PHDvhi9c

As we highlighted earlier this week, another one of Facebook’s censorship czars is none other than anti-Trump Professor Pamela Karlan.

Karlan made a name for herself because of a rant at the impeachment hearings during which she made Barron Trump the punch line of a joke.

Karlan was also described by the New York Times as a “full-throated, unapologetic liberal torchbearer.”

These are the people who will be deciding whether your Facebook posts violate the social media network’s increasingly draconian rules.

FCC Commissioner Brendan Carr responded to the announcement of the oversight board by slamming it as a partisan fraud.

“Meet your new speech police,” said Carr. “Facebook now has an Oversight Board empowered to take down posts.”

“Facebook’s decision undermines its claim that posts won’t be censored for partisan political reasons. Karlan testified that ‘President Trump must be held to account.’ She wrote *in 2016* that she felt ‘a responsibility to challenge [Trump] in the court of public opinion.'”

Karlan testified that “President Trump must be held to account.”

She wrote *in 2016* that she felt “a responsibility to challenge [Trump] in the court of public opinion.”