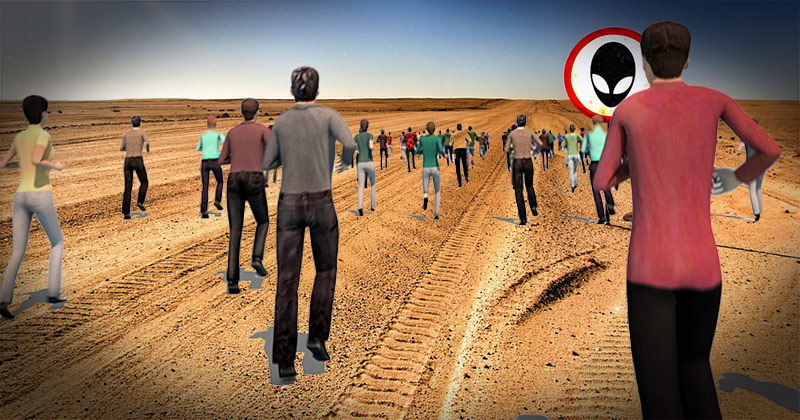 Just as the hype seemed to have calmed down, over two million UFO enthusiasts found their Area 51 meme-filled page suddenly blocked by Facebook, under the pretext of ever-elusive “community standards” violations.

Spooked by the high volume of attendees, worried about the Las Vegas strip club’s pledge to bring its dancers to entertain the masses, or offended by one of the thousands memes posted by the community, Facebook abruptly removed the “Storm Area 51, They Can’t Stop All of Us” event page over the weekend. The backup page, set up by the organizers, was also wiped out, as the social media giant found the “content posted to this event” to be in violation of “community standards.”

Okay so there were multiple events named 'Storm area 51, they can't stop us all'. Some having more than 10k people 'going' and the main event had around 2m 'going'.

Now all those events are deleted. Did they all receive direct threat from govt!#Area51 #Aliens #Area51meme #usa pic.twitter.com/XFwsc1AQBi

Frustrated would-be raiders regrouped on Reddit to share their theories, while others continued to flood Twitter with Area 51 memes. Many agreed that Facebook CEO Mark Zuckerberg “is secretly an alien from Area 51 and he doesn’t want us to know.”

Me and the boys storming area 51

Some pointed out that everyone knew the time and the place already, and the raid could still take place. “Facebook hasn’t heard of the Streisand effect,” another opined.

While the much-memed event began as a joke, local business owners have reported that all nearby hotels are booked for the dates surrounding September 20 – not that there are many. Lincoln County Sheriff Kerry Lee explained that even 500 unexpected visitors could throw the area into chaos, creating traffic and parking problems for the 5,200 residents in the desert municipality.

The Pentagon has also done its part to equally intrigue and discourage alien-hunters from storming the ultra-classified base, warning that “the US Air Force always stands ready to protect America and its assets.”

While the whole world panics, will Americans rights be preserved? Tune in to the full show!