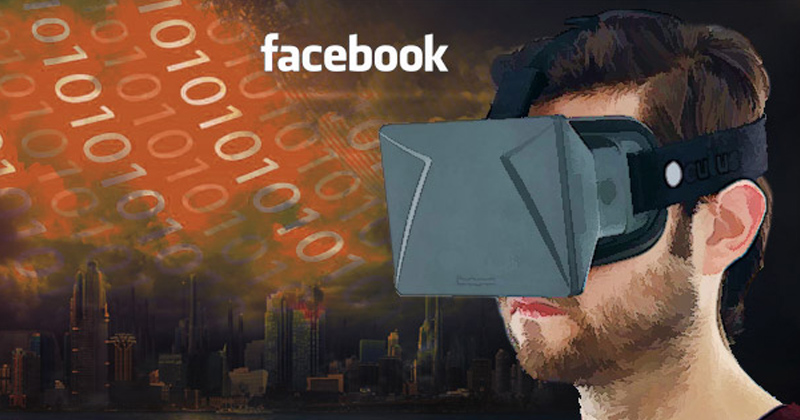 Facebook and Twitter are censoring free speech, Bloomberg reported in an article which downplayed what’s really going on: the hijacking of the Internet to destroy national identity, culture and the free exchange of ideas in favor of an 1984-style virtual superstate.

In the article linked on the Drudge Report, Bloomberg revealed how Facebook and Twitter are working with the European Union to ban on-line commentators from spreading “hate speech,” but Bloomberg watered down the news so badly it made censorship sound like a great idea.

So let’s break down the Bloomberg article to reveal what’s really going on. From the article:

U.S. Internet giants Facebook Inc., Twitter Inc., Google and Microsoft Corp. pledged to tackle online hate speech in less than 24 hours as part of a joint commitment with the European Union to combat the use of social media by terrorists.

First off, the European Union is an unelected oligopoly designed to operate as a superstate which overrides the national sovereignty of its member countries.

As economist Ryan McMaken with the Mises Institute points out:

“The EU, of course, is an anti-democratic organization, which one speaker in the film notes is designed to be nearly totally insulated from the will of the voters in the member countries. The EU is run not by political appointees and the unelected European Commission. The European Parliament is powerless to stop or repeal the acts of the Commission. A conglomeration of dozens of faceless, secretive commissions, offices, and ministries, the EU is a bureaucrat’s paradise where powerful people remain largely anonymous and safe to carry out their endless array of schemes without any fear of retribution from the voters anywhere. Virtually no one can name any of the most powerful people in the EU, whether one of the EU’s five presidents, or other powerful members of the EU organizations.”

In other words, unelected, anonymous bureaucrats will decide what constitutes “hate speech,” which to them is anything that doesn’t fit into their agenda to gain more power over the population.

But let’s continue with the Bloomberg article:

Beyond national laws that criminalize hate speech, there is a need to ensure such activity by Internet users is “expeditiously reviewed by online intermediaries and social media platforms, upon receipt of a valid notification, in an appropriate time-frame,” the companies and the European Commission said in a joint statement on Tuesday.

The way Bloomberg paraphrases this quote is strange; it’s almost as if they want you to agree with it.

But who are these “online intermediaries” that will help EU bureaucrats eradicate “hate speech?”

Well, in Feb. Twitter announced it was organizing a “Trust & Safety Council” with feminist and Islamic groups to “prevent abuse, harassment, and bullying,” which, of course, leads to mass censorship.

The organizations taking part on the council include Feminist Frequency, GLAAD and even an Islamic advocacy group.

“Most of the groups listed are merely collections of people with an axe to grind, and my, how the lefties do love their acronyms,” a commenter at the Free Republic stated. “They also love their oxymorons: ‘outreach’ and ‘shutting down expression’ are a contradiction in terms yet Twitter is determined to conflate them and to enforce that conflation.”

To sum it up, this war on “hate speech” is nothing more than a program to control not only what people say but also what they think.

“No matter how implausible an idea [open borders, gun control, global government, etc.] may seem, it can gain acceptance in the minds of the citizens as the forces of PC relentlessly hype the idea in the public square [such as Facebook or Twitter],” former intelligence officer Stella Morabito revealed, with my own comments added for context. “Simultaneously, the voices that might challenge and analyze the idea must be suppressed — accusations of bigotry and hatred often do the trick — so that the PC idea has a chance to incubate and then affect public opinion.”

And that’s it in a nutshell: Facebook and Twitter are working with globalist bureaucrats and their “social justice warrior” puppets to sway public opinion on their virtual, one-world “empire” that would ultimately erase the importance of real nation-states.

Facebook in particular is already a virtual “nation” ran by “dictator” Mark Zuckerberg that influences its “citizens” – Facebook users – to believe what it wants them to believe by suppressing libertarian viewpoints and independent media in general.

And both Facebook and Twitter, which now represent a large portion of the Internet, are encouraging users to give up their own national identities in favor of globalism; it’s already bad enough that many of the world’s languages are going extinct as more and more people simply speak English due to the Internet.

You also have Twitter dumbing language down by forcing people to speak in 140 characters or less, despite the fact that computer storage space (hard drive cost per gigabyte) is the cheapest it’s ever been.

That doesn’t really encourage intelligent discourse now, does it? I mean, was the Declaration of Independence less than 140 characters? The Magna Carta?

But that’s the point: the people are easier to control when they’re dumbed down and spending all their energy on social media instead of attacking the status quo.

“This whole social media stuff is bogus,” Matt Drudge said. “Facebook has two billion users? This is garbage, this is designed to demoralize the individual.”

“…I’m just warning this country: don’t get into this false sense that you are an individual when you’re on Facebook,” he added. “No you’re not; you’re a pawn in their scheme.”