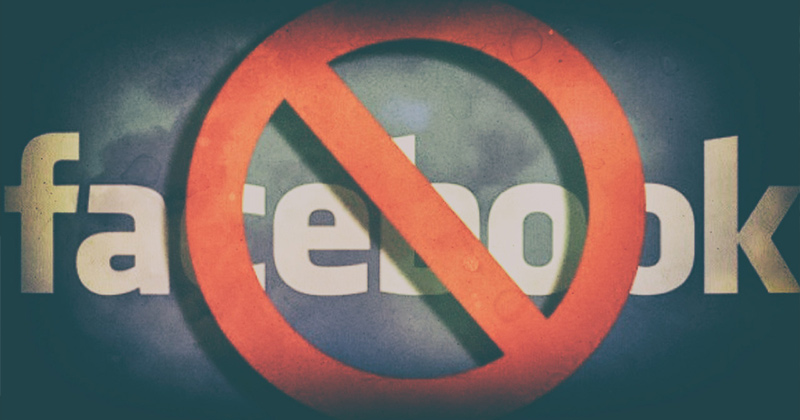 Facebook, was supposed to be a friendly social media app that would bring us all closer together but, but unfortunately, it only made us feel more isolated, as the American Journal of Preventive Medicine discovered.

People who spend more than two hours a day on social media reported twice the amount of social isolation than those who spent a half-hour per day or less.

Facebook, the same app that tracks us relentlessly and watches everything we do online, sells our personal information and private messages.

Essentially, they sell everything we are.

In fact, Facebook wants to control our currency as well.

Meanwhile, Facebook’s creator sits on a mountain of gold, closing in on a net worth of $100 Billion while defending his pile of trinkets from the socialist Democratic horde that he unwittingly supported.

Now, after all of the censorship from Zuckerberg’s silicon valley ivory tower, he has the gall to lecture us about free expression, hoping he can turn the tide on the growing call to break up his company.

Those of us that have always stood with freedom can only laugh at Zuckerberg’s shallow pleas.

Hubris aside, Facebook is so flawed that it has racked up a kill count attributed to the activity of its users.

Just yesterday, as the Washington Times reports, “At least four people were killed and dozens injured Sunday after security officials in southern Bangladesh opened fire to disperse hundreds of Muslims during a protest over an alleged social media post undermining Islam’s Prophet Muhammad.”

This has simply become a story that pops up and is gone in an instant.

Anyone who really took the time to sit back and take it all in would delete their Facebook immediately, nut Facebook even makes that difficult to do.