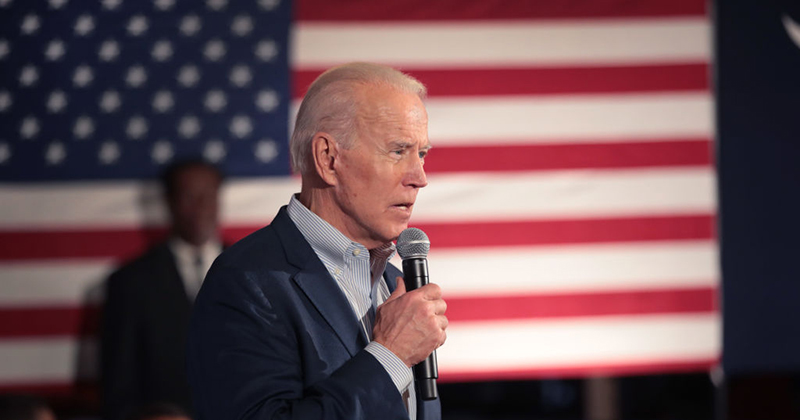 CLAIM: During the Wednesday night CNN town hall Democrat presidential hopeful Joe Biden claimed the Founding Fathers did not intend for “everyone” to own guns.

VERDICT: False. The purpose of the Second Amendment was to be sure the citizens at large were armed in order to defend their lives and liberty.

Biden began his comments by suggesting that “no amendment is absolute,” adding, “None of you can stand up on the First Amendment, free speech, and yell ‘fire’ in here [or] you’ll be arrested.”

He then transitioned to Second Amendment rights, saying, “From the very beginning the Founder[s] said, ‘Not everyone is able to have a gun and you can’t have any weapon you want.’”

Ahead of the next primary, the Democrat race is really starting to get ugly. Will Bernie come out on top in South Carolina? Is there anything Pete the Cheat won’t attempt to steal? Will Biden remember his own name? Watch to see how far out of control the Democrat dumpster fire has gotten.

Contrary to Biden’s claims, the purpose of the Second Amendment was to be sure the citizens at large were armed in order to defend their lives and liberty. Moreover, the Founding Fathers wanted broad gun ownership in order to give teeth to the militia, should it have to be called together. This is why the phrases “well-regulated militia” and “the right to keep and bear arms” compliment each other, rather than cancel out one another, in the text of the Second Amendment.

Alexander Hamilton’s Federalist 84 is very informative here, inasmuch as Hamilton argued that natural rights are exoteric in nature, the possession of all mankind, and therefore so broadly possessed and understood that a bill of rights to protect them was unnecessary. He went so far as to warn that a bill of rights would be dangerous because it would give the government the impression that it could take action against all aspects of freedom that were not protected by explicit amendments and/or enumerations.