Alex Jones had this to say:

Olbermann’s now abandoning the accusation that Trump was run by foreign powers. Now he wants foreign powers to come in and overthrow Trump… I love America, I love our Republic… This guy is not an American, this is a dirtbag liar… He is an elitist. Look how freaked out he is because he lost an election.

Remember, Olbermann said this is ‘Russian Scum,’ ‘He’s a Russian agent. We are now at war with Russia. Russian scum!’ And then, he comes out in this video for GQ. And you look at his eyes… He looks like he is completely mentally ill, and completely scared, and like he is this five-year-old young boy who is afraid of Krusty the clown coming to get him.

And then he calls for Russia to take Trump out. Because by now Russian must know how evil he is. And here’s Trump weathering the storm, restoring our republic, getting our jobs back… overdelivering… totally slick. And Olbermann is like: ‘He’s evil! He’s bad! The whole world’s in danger!’ This is mental illness, but it is more than that. It is called espionage. It is called treason. It is called aiding a foreign power to carry out criminal operations against the country. It is called being guilty of high treason. It is one thing to try to overthrow the government, it is another thing to do it with foreign powers. Not just sedition.

It would be one thing if Trump was really controlled by a foreign power, and he was screwing us over like the globalists are, but instead he is actually an American who really is restoring the country, and all the globalists and coming after him. The UN, the IMF, the World Bank, the World Trade Organization. Trump is literally pulling us out of all that and reforming it. He cut UN funding by 50%! Olbermann turns around and says: ‘We’ve got to stop this American madman.’ I thought he was a Russian agent?

I’ve watched Olbermann quite a bit, he is literally having a mental breakdown here, and is absolutely scared. These people are crazy. They thought they ran America. That was their power trip, that was their identity, and now they’ve lost it and they are hitting the panic button. There’s liberal professors everywhere calling to kill Trump supporters, calling to kill Trump, nothing is being done about it.

I mean, we’ve got a guy at GQ magazine reaching millions of people, saying kill everybody, that he basically disagrees with, and we’re at war with Russia, and they’re ‘Russian Scum.’ You got your asses handed to you, and now you want the whole world to hang up on us more, you dirtbag traitor. His ass needs to be in a supermax prison. He is an enemy. 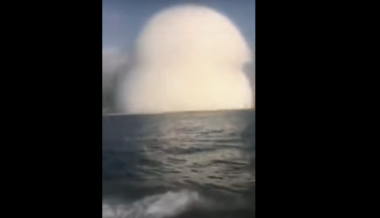 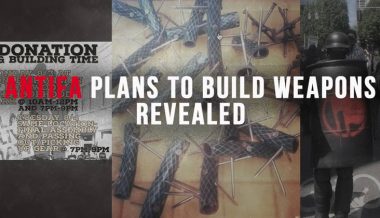