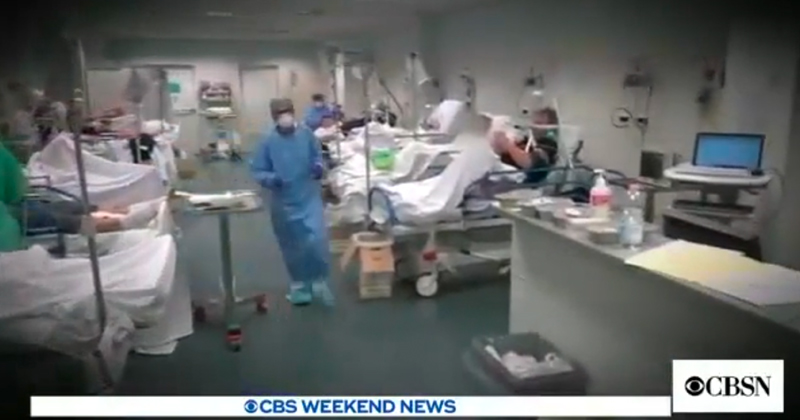 Despite being called out last month for misrepresenting footage from an Italian hospital, CBS News was again caught using the video – this time claiming it showed a hospital in Pennsylvania being overwhelmed by COVID-19 patients.

In a recent CBSN report on coronavirus cases spiking in Pennsylvania, the network again showed footage of Italy’s “worst hit” hospital in Bergamo featuring numerous patients sitting in beds while doctors outfitted in medical gowns and surgical masks tend to them.

In the latest CBS clip, the footage is shown as the report attempts to portray an increase in Pennsylvania hospital cases.

“In Pennsylvania, cases are skyrocketing at the rate of 1,000 a day,” a reporter says, as footage from inside the Italian hospital is shown.

Following that report, CBS News in a statement to The Daily Caller blamed the error on an “editing mistake.”

“It was an editing mistake. We took immediate steps to remove it from all platforms and shows,” a CBS rep told The Daily Caller.

In the wake of their previous controversy, CBS was roundly criticized for its “irresponsible” reporting.

“Especially in times of a crisis where people are already in a panic, the Media needs to give accurate information,” wrote TPUSA’s Benny Johnson on Twitter, adding, “Irresponsible.”

Robert Barnes joins Alex Jones in-studio to break down CBS getting caught using footage from Italy to fake a need for action in NYC.