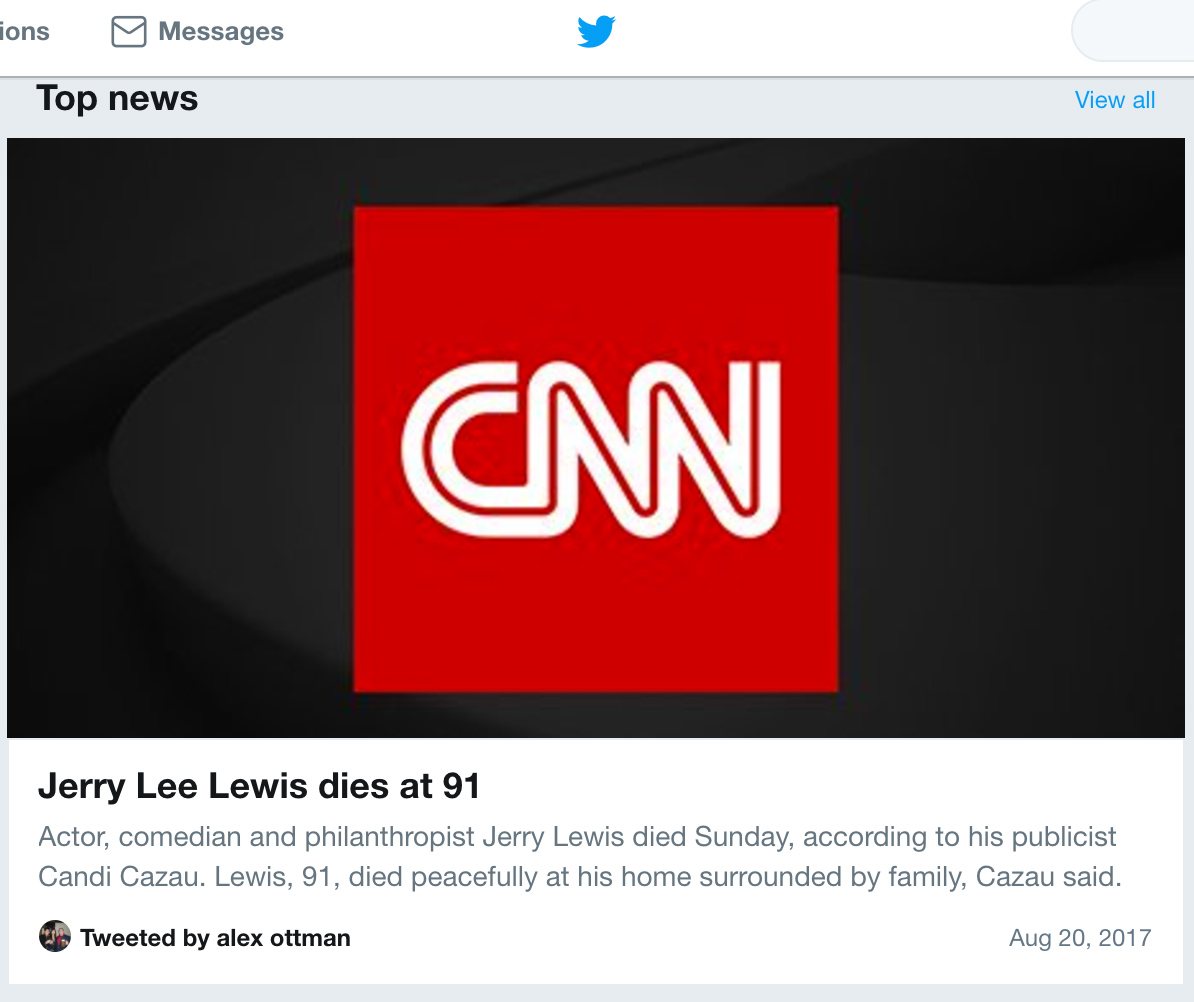 Figures that a second rate supposed news organization like @CNN would claim that Jerry Lee Lewis died when it was actually Jerry Lewis. Fail

And the winner of the Jerry Lewis / Jerry Lee Lewis Cock-Up Medal goes to @CNNent pic.twitter.com/5p97uVhIck

The “fake news” media outlet’s erroneous headline was subsequently featured at the top of Twitter, misinforming and confusing those who rely on the social network and CNN for news.

Many on Twitter were upset over the “Great Balls of Fire” singer’s reported demise and wished the performer would rest in peace.

RIP Jerry Lee Lewis. "Great Balls of Fire" is one of my all-time favorite songs.

wot the fuck jerry lee lewis has died i am UPSET

Jerry Lee Lewis III, son of “The Killer,” took to Twitter to clarify.

My father did not pass. Thank you for thinking of us though. The great Jerry Lewis, actor and humanitarian passed. Lord let him RIP

Jerry Lewis Dead At 91 – The Rest Of The Story