The dying mainstream media and leftist intelligence have gone all-in against Donald Trump and the public by doubling down on the false narrative that Trump conducted himself in a lewd manner while visiting Russia.

The Independent is leading the latest assault, running a headline today that reads, “Donald Trump Russia claims: CIA agents ‘say there may be more than one tape of sexual nature.'”

As with the thoroughly debunked Buzzfeed and CNN hit pieces, The Independent cites “unverified allegations” as the basis for their disinformation.

“The CIA believes Russia may hold more than one recording of a sexual nature involving Donald Trump, it has been reported.”

“The President-elect and the Kremlin have denied the explosive, if unverified, allegations made in a dossier believed to have been compiled by a former British spy that Russian intelligence agencies have compromising material about Mr Trump.”

The article goes on to polish the reputation and career of the “British spy,” while also attempting to legitimize the allegations in the “dossier” by saying that it has “circulated for months among major media outlets.”

The New York Times is attacking from a different flank with their article, “How a Sensational, Unverified Dossier Became a Crisis for Donald Trump.”

“Seven months ago, a respected former British spy named Christopher Steele won a contract to build a file on Donald J. Trump’s ties to Russia. Last week, the explosive details — unsubstantiated accounts of frolics with prostitutes, real estate deals that were intended as bribes and coordination with Russian intelligence of the hacking of Democrats — were summarized for Mr. Trump in an appendix to a top-secret intelligence report,” begins the piece.

Calling this manufactured propaganda campaign a “crisis” is a lie in and of itself.

The legacy media, who have long enjoyed manipulating an ignorant public with little access to alternative information, is in a death spiral, projecting their own crisis onto the President-elect and the American people, as well as the New Media, who now have the upper hand, as we debunk fake story after fake story in real time.

It is clear that the Establishment has neither learned any lessons from over 18 months of failed attacks on Trump, nor do they care to do so.

They have bluffed themselves down to the final hand, and now all their chips are on the table – and Trump hasn’t even taken office yet. 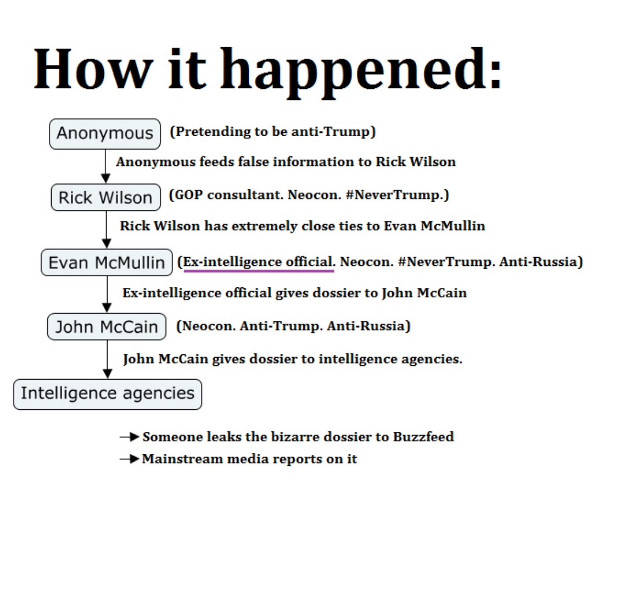