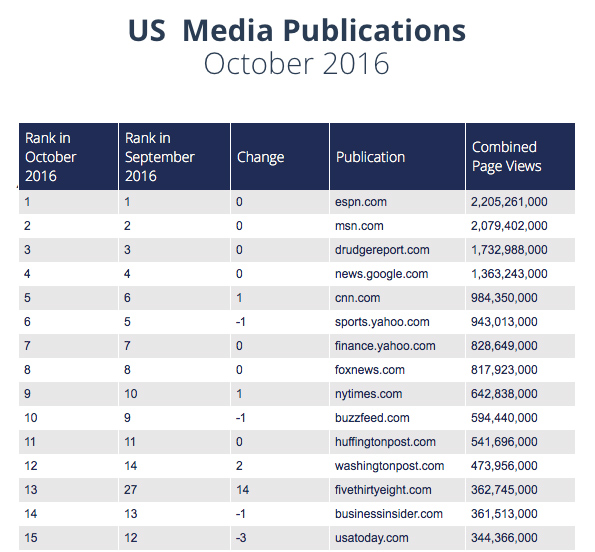 Mediaite’s “most influential news media” list claims Matt Drudge is less powerful than CNN’s Jeff Zucker and Fox News’ Megyn Kelly despite the fact they failed to stop Donald Trump while the Drudge Report placed the presidency in his grasp.

In fact, the top 25 list reads more like a who’s who in establishment media than a power ranking; most of the reporters on the list claimed Trump would never become president, but they lacked the influence to make that happen.

Drudge was listed only on #4 while Kelly and Zucker were listed #2 and #1 respectively.

However, the mainstream media previously admitted the Drudge Report was likely the only outlet powerful enough to stop Trump – but didn’t.

“CNN couldn’t stop Donald Trump. Neither could Fox News,” reported Business Insider. “…But some observers say that one man may have had the power to prevent Donald Trump’s accession within the Republican Party: Matt Drudge.”

This implies that the Drudge Report has far more influence than all of the mainstream media combined.

The Drudge Report even eclipsed CNN and Fox News in traffic in Oct. 2016 as the mainstream media launched their final salvos to in a desperate, last attempt to stop Trump:

But of course, their attacks failed: Trump was elected, the Drudge Report exploded in popularity and now the mainstream media is losing influence, despite what Mediaite wants you to believe.