You’d think they would have learned after the Covington fiasco…

Author and columnist Ian Bremmer fabricated a quote on Sunday morning, claiming that during his trip to Japan, President Trump said “Kim Jong Un is smarter and would make a better President than Sleepy Joe Biden.”

This Ian Bremmer guy made a quote up. He pulled something out of his ass, and alleged Trump said it. pic.twitter.com/MpmNSELEdA

The tweet immediately went viral, after it was retweeted by a spate of left wing journalists, politicians and pundits eager to disparage the President.

When Bremmer was challenged three hours after the tweet, he simply said “It’s plausible,” before deleting the fake quote. By that time, however, it was too late – as the anti-Trump media breathlessly propelled it around the internet.

Dear @tedlieu: Using Twitter to spread this misleading and FALSE quote of @realDonaldTrump is WEAK & COWARDLY (but I'm saying this in a calm way).

Who cast a skeptical eye on the quote? None other than the Daily Mail’s David Martosko and pollster Frank Luntz.

why? he did good. he pointed out how all the fake news journalists are just going to blindly share it without fact checking

North Korea fired off some small weapons, which disturbed some of my people, and others, but not me. I have confidence that Chairman Kim will keep his promise to me, & also smiled when he called Swampman Joe Biden a low IQ individual, & worse. Perhaps that’s sending me a signal? 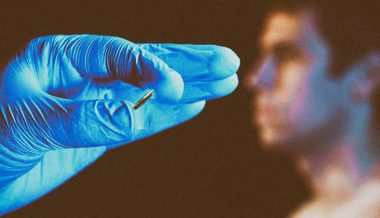