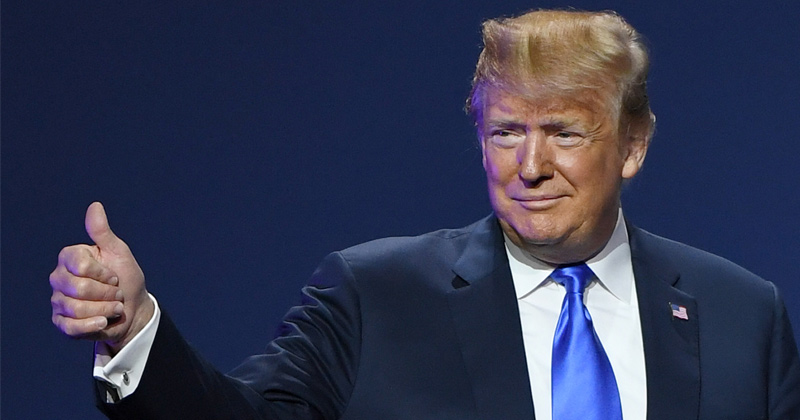 Now having fallen into President Trump’s trap, House Speaker Nancy Pelosi (D-Calif.) announced a House resolution condemning the president’s attack on Rep. Ilhan Omar (D-Minn.), the latter of whom is unpopular among swing state voters according to an internal poll.

President Trump indirectly blasted Omar, a member of the “Squad” of four far-left representatives, over the past weekend by practically stating that if she hates America so much, then she should go back to her country she fled and work to fix the living standards there.

In response, Pelosi, who’s made headlines recently over her own confrontations with the Squad, is publicly defending them by calling for a House resolution condemning the president.

“This weekend, the President went beyond his own low standards using disgraceful language about Members of Congress,” Pelosi said. “Rather than attack Members of Congress, he should work with us for humane immigration policy that reflects American values.”

Pelosi has a problem, however: Omar was recognized by 53% of voters in swing states according to an internal Democratic poll, and only 9% had a favorable view of the Minnesota representative.

Even more, Alexandria Ocasio-Cortez, another member of the Squad, was recognized by 74% of voters and only 22% had a favorable view.

And 69% of voters had an unfavorable view of socialism pushed by the Squad.

The poll was so damning that it was apparently circulated among top Democrats as a warning to not stray too far left – but now it appears Pelosi has not heeded that warning, as she is now publicly defending the Squad.

If President Trump launched the attack to make the highly unpopular Squad the new face of the Democratic Party, then it worked well because Pelosi’s dependence on party unity has backfired spectacularly.

Alex Jones breaks down how the far-left fringes of the Democrat Party are pushing to become mainstream, by any means necessary, even if it means eating their own allies.