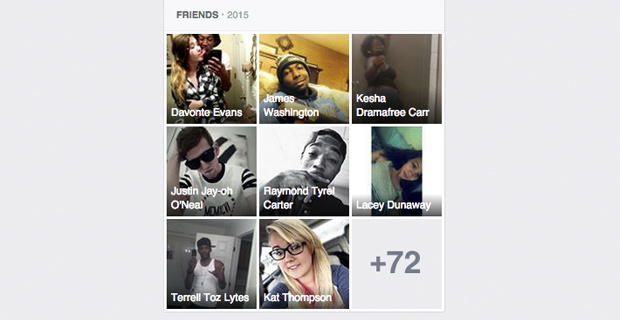 The reported Facebook profile for Dylann Roof, the suspect in the Charleston, S.C., church massacre, was barely used and apparently created earlier this year, strangely enough.

Unlike the vast majority of Facebook users, Roof only had around 80 friends who were all added in 2015 and he apparently didn’t bother to upload a banner image, meaning that Roof – or whoever ran the account – put the bare minimum of effort into the profile.

Roof’s Facebook friends, all of whom were added in 2015.

In comparison, Facebook users between the ages of 18-24 have on average about 650 friends, meaning that the 21-year-old Roof was well below average.

And, oddly enough, Roof’s only Facebook image available to the public shows him scowling while wearing Rhodesia and apartheid-era South Africa flags and the image was uploaded on May 21, indicating that the account wasn’t randomly created by someone else after the church shooting.

It’s quite the coincidence that such a photo was publicly available on Facebook for media circulation, especially as it fits the Southern Poverty Law Center’s “domestic terrorist” narrative.

And it’s also strange that a racist such as Roof would have a large number of African-American friends on Facebook. 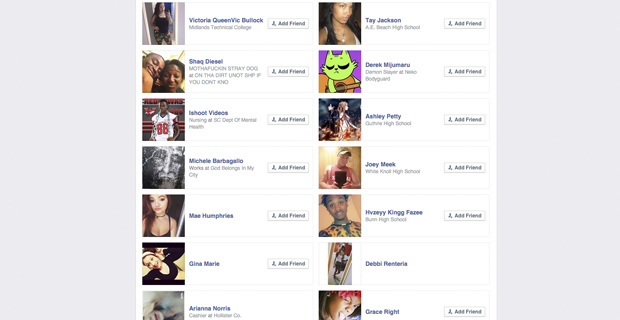 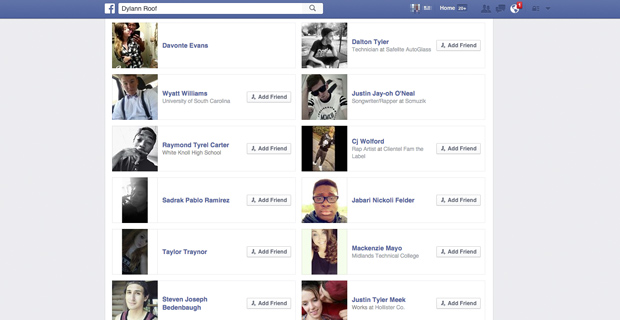 Also, it appears the George Soros-backed SPLC was the first to release a photo of Roof sitting on his car with a “Confederate States of America” front license plate in clear view.

The SPLC, a “legal advocacy organization” which routinely smears libertarians and conservatives by falsely conflating them with extremist groups, wasted no time to exploit the shooting to promote its agenda.

“The increase [in hate groups] has been driven by a backlash to the country’s increasing racial diversity, an increase symbolized, for many, by the presence of an African-American in the White House,” the SPLC said in a statement released Thursday.

In other words, the SPLC is trying to link Roof with non-racist conservatives who routinely criticize Obama’s presidency.

It’s been well-documented that Soros has been funding non-government organizations to fuel racial unrest in America, and even if Roof acted alone in this shooting, authoritarian leftists are already capitalizing on it to both attack the Second Amendment and advocate a federal takeover of state and local police.